Hear Why KING Are ‘The Greatest’ On Their New Single 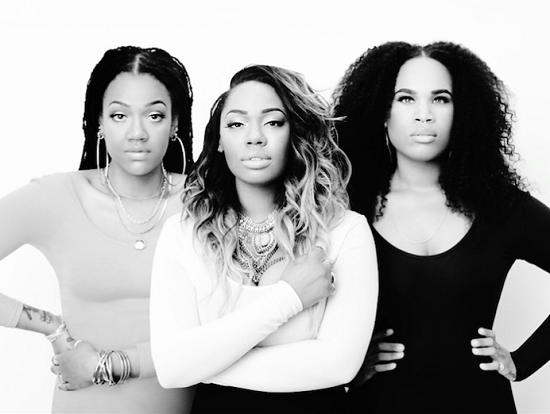 With KING making us wait so long for their proper debut album, you can probably understand why we're a little bit excited about the impending release of We Are KING. So excited, in fact, that we've decided to give you a double dose of the trio. So, along with news of the album, cover art and tracklist, we're also bringing you the set's first single, "The Greatest."

After living for five years on the dreamy, ethereal soul of their EP The Story's three tracks — not to mention singles "In the Meantime" and "Mister Chameleon" — "The Greatest" offers a slight change of pace, with a funky synthesizer groove that feels at once lifted from the '80s and yet still modern and forward leaning. But though the vibe has changed up a bit, the dynamic of the group definitely hasn't. The harmonies between Anita Bias, Paris Strother and Amber Strother are as flawless as ever and Paris' production, with its warm, pulsing bass and mesmerizing synth lines and flourishes, is more than on point. Also on point are the motivational lyrics, which find the group evoking Muhammad Ali as they make their claim for the No. 1 spot, singing, "Get in line for the greatest great to grace this side of time / I’m taking home the gold." And with them sounding this nice, it's clear to see why.

You can snag yourself a copy of "The Greatest" when you preorder We Are KING via Bandcamp or iTunes and you can stream the track in full below. And, because we know there's never too much KING to be had, we've also included the extended mix of their dreamy love song "Hey" for your listening pleasure as well. You're welcome.