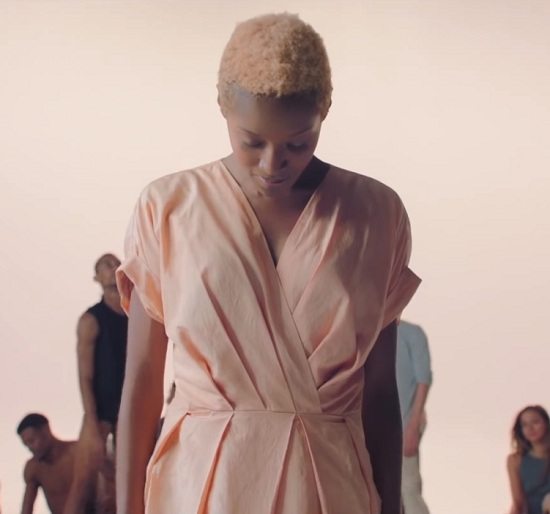 Jill Scott has had a great 2015. After murmurs of a new album from the soulful R&B singer began surfacing at the top of the year, she confirmed them when she shut down the Black Girls Rock! stage with lead single "You Don't Know." From there, the arrival of her fifth album, Woman, was widely heralded, with two other singles, "Fool's Gold" and "Closure," landing prior to the set's July release. "You Don't Know" was the only one of the initial trio to get a proper video release, however. But now Jill has released a moving clip for the album's latest single, "Back Together," to give the set another visual accompaniment.

Jill recently performed the touching number, which she has noted is inspired by her darling son Jett, on Steve Harvey's eponymous daytime talk show, but the video puts the song in a completely different light as she teams with Complexions Contemporary Ballet and the video's star Donna Vaughn, the principle dancer of Broadway's The Lion King for something truly moving. The video opens with Vaughn walking down the street as her inner monologue laments her problems, both personal and political, to the point of overwhelming her. As she leans against a wall to have her personal breakdown, she awakens on a soundstage surrounded by members of the ballet company as they visually illustrate the song's hopeful lyrics. It's a simply beautiful affair that also reminds us of the transformative nature of art, especially during these hard and trying times.

If you're feeling a little lost or just want to find some beauty in your day, take a few moments to view Jill's latest.