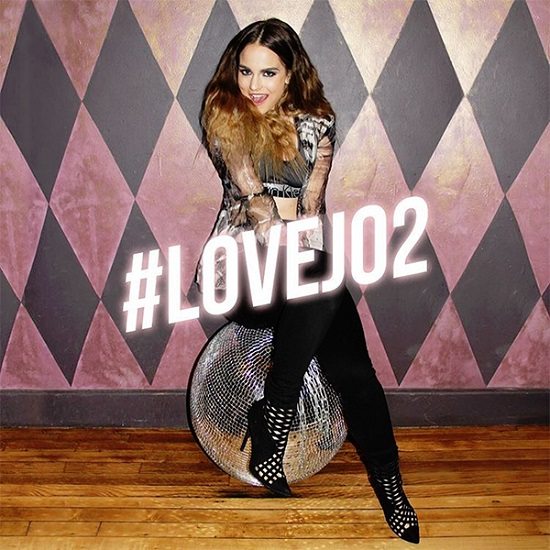 If we didn't know any better, we'd say that singer JoJo is a fan of the element of the surprise. She first used the method back on Valentine's Day of 2014 when she dropped her EP #LoveJo. Then, over the summer, she dropped her tringle with little to no notice much to her fans delight. Now, the singer is at it again, releasing #LoveJo2.

Like #LoveJo before it,  her new EP is a four-song affair that offers something old, something new and something borrowed, but it won't leave you feeling blue. She kicks things off with her track "Right On Time," a poppy electronic dance number that finds the young Ms. Levesque going dance diva on us. She keeps that momentum going with "Back2Life," an electro-dance take on the Soul II Soul classic. The dance take is unexpected (and doesn't completely work) but is without a doubt a unique spin. Next is a remix of tringle track "When Love Hurts," which gets a boost when JoJo incorporates a bit or Mary J. Blige's "Real Love" into her lyrics.

But, while #LoveJo2 seems to be mostly a dance affair, she returns to her pop/R&B roots with new track "Thinkin Out Loud." Written by JoJo, Austin Brown and Noisecastle III and produced by Austin, the standout finds the singer being quite frank about a no strings attached situation that starts to get messy when her feelings get involved. "You can still break my heart even if we're only messing around," she sings. "But I'm different now / I was thinkin' out loud."

JoJo is set to wrap her current tour in New Orleans on Tuesday (December 20th), which just happens to be her birthday, and is set to drop her new album sometime next year. While we wait to get more word on what to expect from that, stream #LoveJo2 right here.