Home A Soulful Noise, First Spin, Pause For A Cause, Video SoulBounce 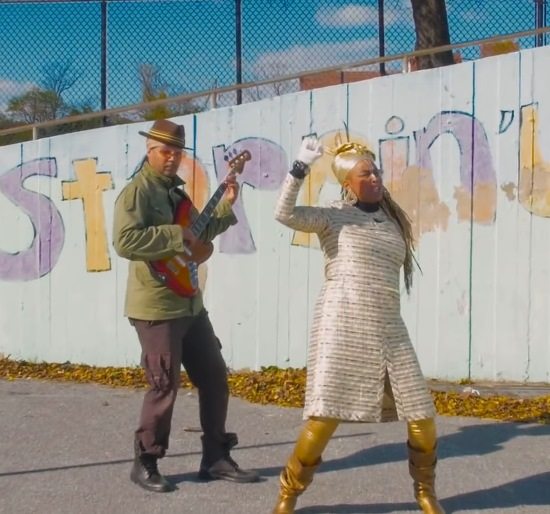 All across the country, citizens are brimming with joyful anticipation during this celebratory season. It's a wonderful time of year where we generally tend to reflect on our blessings, embrace the spirit of benevolence and extend graciousness to loved ones and strangers alike. Unfortunately, injustices like discrimination and economic disparity don't observe holidays, wreaking their havoc and destroying lives year-round. One city in particular, Baltimore, has been under attack. But their suffering has not gone unnoticed, sparking a creative outpouring from artists like Navasha Daya, Jazmine Sullivan, Prince with Eryn Allen Kane and 3RDEYEGIRL, and even our resident mixologist dj harvey dent.

Now, a new documentary Lom Nava Love seeks to highlight the strength and resilience of the Black families who refuse to be defined by the negative narrative too often assigned to Baltimore City. In addition to detailing the work of community organizer Shirley Foulks, the worthwhile project directed by Fanon Hill also boasts a unique soundtrack, featuring DMV area artists actively working as agents of change within their communities. As a preview of what's to come, the soundtrack's first single "Baltimore Stand Strong" has been released along with accompanying visuals directed by Toroes Thomas.

Recorded during the imposed curfew hours during the aftermath of the April 27, 2015 revolt, the song (written and produced by Hill) is an empowering anthem that celebrates the culture, vibrance, strength and potential of this historical city. In addition to powerful vocals by Navasha Daya, the Motown-styled R&B tune also features a talented roster of local musicians including Kelly Bell, Jonathan Gilmore, Rashad “Hurricane The King” Hawkins, Quinton Randall, Abu the Flutemaker and 84-year-old saxophonist Whit Williams, who performed with the historical Royal Theater Band (a stop on the legendary “Chittlin Circuit").

Baltimore is surviving and thriving despite overwhelming odds. Run tell dat! and pump your fist in solidarity as you take in the visuals below. Support the project by purchasing your copy of "Baltimore Stand Strong" via Bandcamp today. Proceeds will benefit Baltimore Guitarists Against Violence, a program that teaches underprivileged youth how to make and play guitars. For more info on Lom Nava Love, visit the website ahead of its Spring 2016 release.