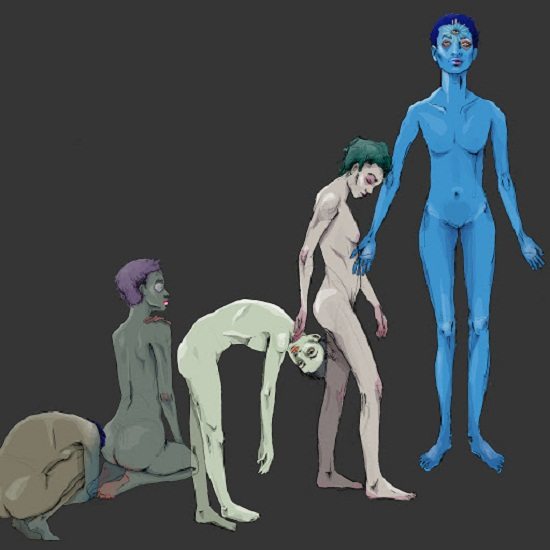 With the constant and consistent stream of singles and EPs that she's been releasing over the past few years, it was only a matter of time that precocious teen Willow Smith released a proper album. Yet for some reason we didn't think that time would be right now. But, wouldn't you know it, young Willow couldn't wait any longer. Ardipithecus is the name or her debut, which was stealthily released in the wee hours of this morning.

For the most part, it's a continuation of the existential musings she's been on as of late with songs like "F Q--C #7" and "Why Don't You Cry." In fact, "F Q--C #7" gets a sequel of sorts with the album's lead single "F Q--C #8." Backed twangy guitar, a simple drum beat and what sounds like a xylophone, Willow delves into her psyche to speak on existence, emotions, life and the subconscious while imitating vocal techniques reminiscent of Sia and that hippie college friend who was always into alternative music. But just when things start to go even further left, the budding artist introduces a new tempo with a thudding kick drum beat and handclaps as she requests that we grab our "neighbor's hand and just dance." And while Willow's album will definitely not be for every listener, she has quite a few moments on Ardipithecus that will catch your ear, including "Not So Different," "Stars," "Natives of the Windy Forest" and "Wait A Minute!," which is perhaps the closest to a mainstream sound as you'll get on the record.

Of her debut, Willow had this to say: "Ardipithecus Ramidus is the scientific name of the first hominid bones found on earth. I wanted to name my musical compilation after it because, while I was making these songs I was in such a transitional state. Digging deep in the soil of my heart and finding bits and pieces of my ancient self that tell stories, which end up being the lyrics to the songs. Ardipithecus is my first album in my entire career and it makes me feel so blessed to be able to share my evolution with the LightEaters as I continue excavating my inner worlds…" Alrighty.

You can listen to "F Q--C #8" right here, right now. As for the rest of the album, it's available to buy right now at digital retailers.