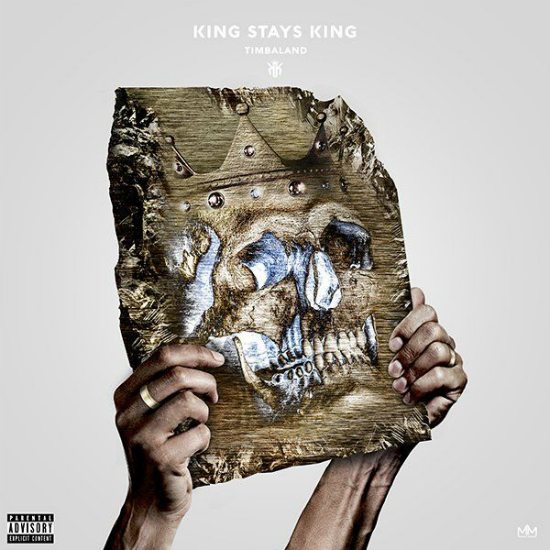 In the last few weeks, our inboxes have been cluttered with “fire” mixtapes from everyone and their mama. However, when it comes to today's biggest stars, a mixtape is more than just free music; it's an event. At least, that's the case with Timbaland’s King Stays King. Released on Christmas Day, the sonic stocking stuffer finds the master of the boards blessing the masses with a unique musical project which is out to prove that, despite time, change and circumstance, Timbaland's sound and influence is ubiquitous.

The most anticipated track on the mixtape is the song “Shakin,” which features new vocals from late singer and frequent Timbaland collaborator Aaliyah. The production is reminiscent of Timbaland’s late ‘90s sound, with the stutter-step flourishes and rolling bass line that at the time was unique to radio. While the vocals sound suspiciously like they were lifted from "Quit Hatin," a previously unreleased Aaliyah track that surfaced back in 2013, it’s always good to hear music from Baby Girl, especially over a Timbo beat.

Outside of "Shakin," the 17-track set could very easily have been named Tim Be In the Trap. The album has an overall gutter sound, mixing current trap music trends with Timbo’s classic Dirty South sound and the best of his '90s B-side records. There’s even a fun nod to Timbaland’s position as an executive producer on Empire with the song “Go Head (Boo Boo Kitty).” The mixtape features Tink, Mila J, 2 Chainz and many other notable and up-and-coming rappers and singers and an amusing sound bite of new Love & Hip Hop star Cardi B going off on someone about something.

King Stays King is a prelude to Timbaland’s upcoming album, Textbook Timbo, scheduled to drop sometime in 2016. In the meantime, Mr. Mosley has blessed us with enough quality music to keep us entertained until his planned take over next year. Take a listen below and download the project here.