Tink Gives Us A Taste Of Her ‘Medicine’ 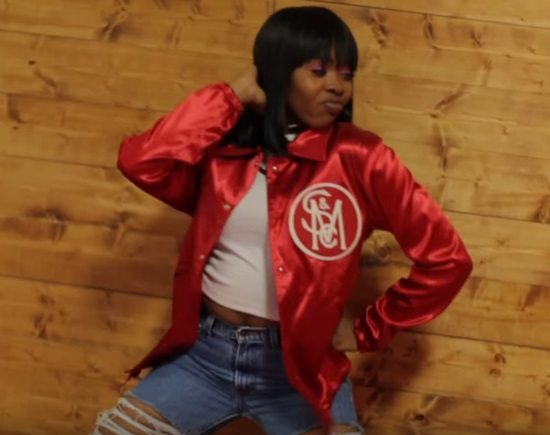 2015 is almost over and we still don't have #ThinkTink, the debut album from Timbaland protégé and 2015 XXL Freshman Tink. While the lack of an album or firm release date for the set is a bit of a bummer, the promising young star didn't just leave us hanging this year. She dropped the third volume of the Winter's Diary mixtape series, which features some pretty solid cuts to hold us over while we wait for official word on her album.

And just in case you wanted to see Tink in some new visuals, she's got that covered, too. The rapper/singer just dropped the newest video from the set, a clip for breakup track "Medicine." But if you think that this is a sad affair, you're sorely mistaken. After deciding that she's fed up with her boo and his philandering ways, she puts on a photoshoot with the homies as she parties him out of her mind. The soon-to-be ex of course ain't feeling that move, but even when he calls to try and mess up her flow, Tink keeps the party going while giving him a taste of his own medicine. #SorryNotSorry

While there's no word on when exactly we can get our hands on #ThinkTink, you can snag a free download of Winter's Diary 3 right now via DatPiff. But before you do that, check out Tink's "Medicine" video right here.


TAGS:  timbaland, Tink
Previous: Morning Soul: Don’t Give Up On Love Cause It Didn’t Work Out This Time Next: Take A Dive Into Brian McKnight’s ‘Uh Oh Feeling’