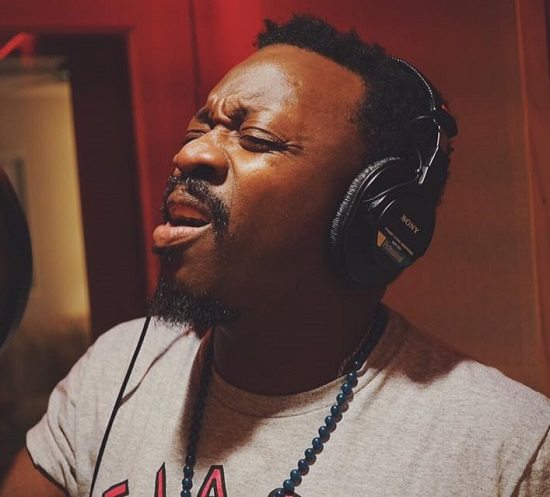 They say that a closed mouth don't get fed, and ever since we've started asking our favorites to release new material, we've been having straight-up musical feasts. One player that was on our second annual list of artists who needed to drop a new album was SoulBounce friend and fave Anthony Hamilton. While we weren't sure if he was plotting to release something soon, he looks to be ready to deliver in 2016 and has even gone ahead and dropped brand-spanking new (and aptly titled) single "Amen" to answer our prayers.

"Amen" teams Anthony up with super-producers Salaam Remi and James Poyser for a romantic ditty that's about love that's like a religious experience. Hi-hats stutter, organs wail and sampled vocals provide counterpoint as AHam puts his churchy vocals to good use. He's utterly amazed by his good fortune in love, with him singing his lady's praises from the bed to the store and, of course, in church. He plays quite nicely with the saint and sinner paradigm here, mixing the carnal and spiritual quite well as he rides the '90s-inspired beat while maintaining his naturally soulful essence.

Though Anthony's released the set's first single, he's still playing coy with the album's title and release date. But that's alright with us, as "Amen" is definitely something to rejoice about. Give the new single a spin below and rest assured that we'll be sure to keep you posted about the singer's fifth official studio album whenever news becomes available.


TAGS:  anthony hamilton, audio, james poyser, salaam remi"
Previous: Fall In Love With Tweet’s ‘Magic’ Next: Morning Soul: I Do Give Him The Love That He Wants