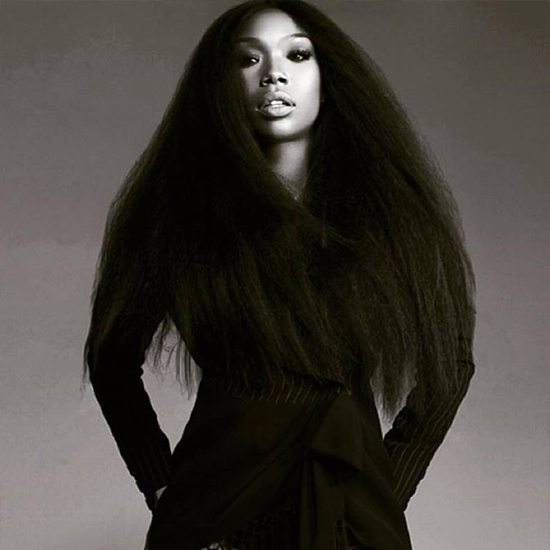 Last night saw BET premiering their brand new sitcom Zoe Ever After starring beloved #BlackGirlMagician Brandy, and she took it upon herself to kick things up a notch by releasing a new song to commemorate the special occasion. While the show’s pilot episode may have received a lukewarm response, her new song “Beggin & Pleadin” sent R&B fans around the globe up in a frenzy.

With the help of super producers Pop & Oak, Brandy returned to music with a vengeance. This song finds her flailing, wailing and growling over a bluesy sample. Now, we all know the girl has pipes; she has long been referred to as the “vocal Bible” by many fans. But this time around the “Full Moon” starlet brought forth her most raw and gritty vocal ever and quartet-style background vocals to boot. Every time she belts out “good God almighty” during the chorus, you’re guaranteed to feel the hairs on your arms stand up at attention.

As for the song’s lyrical content, Bran seems to be opening up a little more than we expected. We all cheered and smiled for her when she did her press rounds for her Two Eleven album and gushed about her engagement. But a few short months after the album’s release she announced that that particular relationship had come to an end, and we never heard about it again. Well “Beggin & Pleadin” finds her spilling out her guts as she tells some man, “Told you walk out that door and you can keep your last name / Now I’m down on my knees, it’s a shame.” If you read the description on SoundCloud closely, it reads, “Based on a true story.” No further questions.

We're absolutely grateful for this fiery new piece of material from Ms. Norwood, but this better not be the last we hear of her this year. We were already impatiently waiting for a new Brandy album, and if this is the type of heat that it will hold, then we will most definitely need it sooner than later.


TAGS:  audio, brandy, Pop & Oak
Previous: Morning Soul: They Say That Eve Tempted Adam With An Apple Next: Sevyn Streeter Flips The Script With An Acoustic Version Of ‘Love In Competition’