DAWN Proves She’s Down For Whatever On ‘Not Above That’ 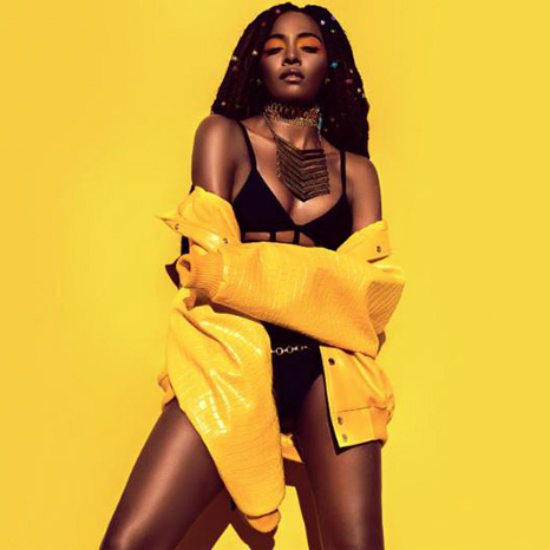 A woman for all seasons, DΔWN continues to innovate and impress with a firestorm of dance floor-ready singles. While the independent artist has blazed a trail of glitter and glamour to success all by her lonesome, on her latest single “Not Above That” the superwoman proves she still enjoys the company of a certain special someone every now and again.

Produced by Machinedrum, “Not Above That” finds DΔWN declaring she’s not above doing certain things when she’s in the mood. On the chorus she sweetly coos, “That’s why I call you up at 4 in the morning / ‘Cause I’m not above that / That why we making love all night until dawn.” The production by Machinedrum is unapologetically EDM, with electronic flourishes dancing over a thumping bass line. While definitely a song made for the clubs, the lyrics reveal a woman who’s strong because she’s not afraid to be vulnerable in order to get what she wants or needs -- á la Janet Jackson's "If," someone we've been comparing the chanteuse to lately.

“Not Above That” is the third track released from DΔWN’s upcoming third album, RED*emp*tion, which features the previously released tracks, the uptempo “Dance” and the contemplative “Hollywould.” While we wait for DΔWN to drop her next magnum opus, you can catch her touring around the country. You can check out the track and her touring schedule below.


TAGS:  audio, DAWN, Dawn Richard, janet jackson, Machinedrum
Previous: Rihanna Details Her Prowess In ‘Sex With Me’ Next: Keke Wyatt Gets ‘Down’ On This Rose Royce & Mary J. Blige Cover