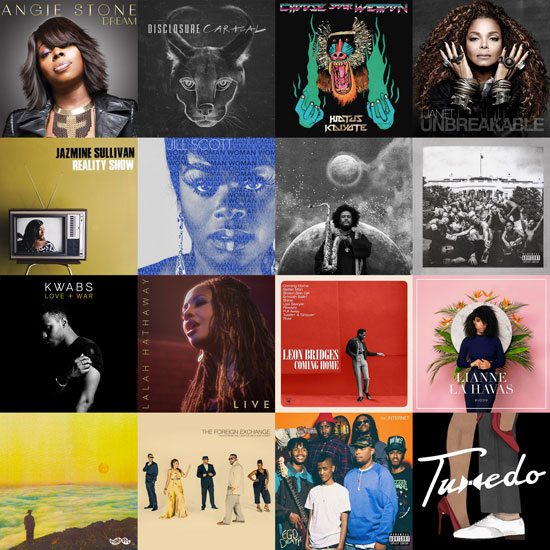 If we’re talking albums, 2015 was an embarrassment of riches. From the highly anticipated to the least expected, it seemed record after record fell into our laps and blessed our ears. Industry veterans returned with some of their strongest work in years, young upstarts staked their claim, folks who weren’t even on our radar dropped surprises, left-of-center artistes unleashed quirky masterpieces and one artist in particular created a soundtrack for current Black America — and that was just in the first quarter. After sleepless nights and seemingly endless fights around SBHQ, we’ve finally settled on a definitive list of the albums that made our 2015 all the more magical. Click on to see who was bumping in our speakers and taking up space on our hard drives on our definitive Hot 16 list of SoulBounce's Best Albums of 2015.