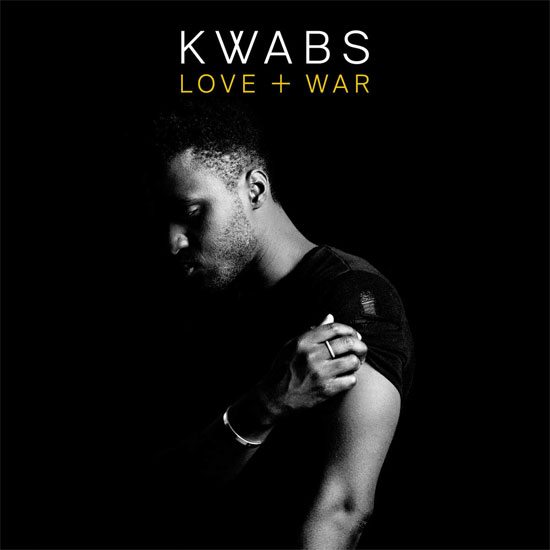 Dropping consistently good music over the past four years, it's a no-brainer that we've been huge fans of Kwabena Adjepong (or simply Kwabs these days) for quite some time. What is shocking, however, is the fact that it took this long for the talented Londoner to release a full-length project. With 12 hand-picked tunes that displayed his vocal range and lyrical prowess, Love + War was well worth the wait.

Granted, we were already keen on the debut thanks to his generous release of singles and captivating visuals. Not to mention the inescapable pull of his emotive baritone that was equally engaging throughout the well-rounded compilation. Percussion-driven "Walk" (released in late 2014) implored us not to get bogged down by the stress in our lives. The hauntingly beautiful "Perfect Ruin" was a standout ballad that left us emotionally raw. We left our inhibitions on the dance floor with “Fight for Love” as our soundtrack and got introspective prodding from the soulful ache of "Cheated on Me." Infectious grooves like "My Own" put his swag on display, while moodier offerings like "Forgiven" highlighted his vulnerability.

With the official release of this overdue debut -- in addition to completing successful tours, a handful of unforgettable covers and a stellar collaboration with Disclosure -- it’s pretty fair to say that 2015 was a very satisfying year for Kwabs and his fans alike. -- B. Cakes