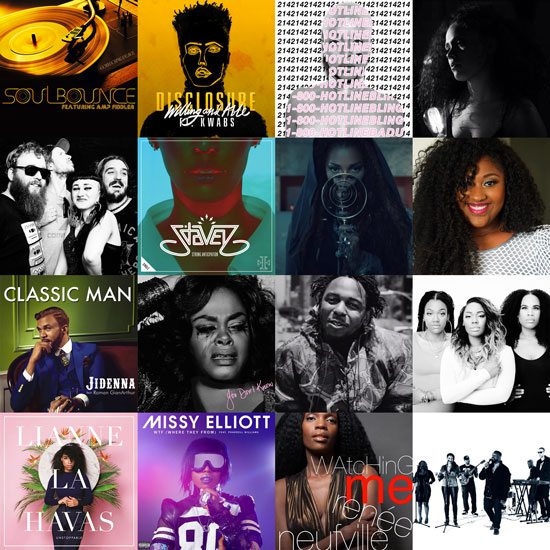 We're still trying to figure out where 2015 went so quickly, but while we ponder that, at least we have a banging soundtrack to remember a year that left us behind with some amazing music. Great songs proliferated our playlists from long-time SoulBounce faves, throwback artists making comebacks and a sprinkling of newcomers. We painstakingly listened, analyzed, debated and narrowed down hundreds of songs in contention to create this Hot 16 list of SoulBounce's Best Songs of 2015. Of course, you'll find some obvious selections on this list as well as some surprises. 2015 was an excellent year for music, and these were the tracks that stayed in heavy rotation and struck a chord with our team the most.