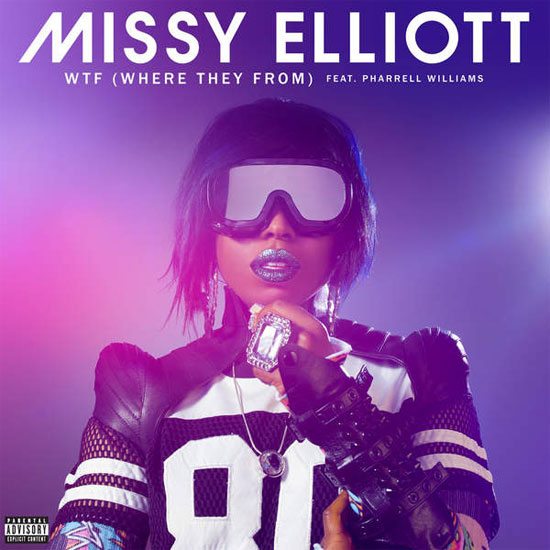 Missy Elliott feat. Pharrell Williams "WTF (Where They From)" [Watch][Amazon][iTunes]

2015 was the year that saw an unlikely Super Bowl winner: Missy Elliott! After she snatched the spotlight from Katy Perry during her halftime show with an epic performance that had fans wanting both that old thing back and some new music, Missy obliged the masses months later with the release of "WTF (Where They From" in November.

Elliott kicked in the door waving her mic like a .44 with an assist from the homie Pharrell Williams who held it down on production and contributed a rap and random ad libs. The star of this show was naturally Missy who effortlessly flowed on the party and s**t starter as she put so-called rappers on notice with face-cracking lyrics like, "You best to go rewrite your bars." Between the frenetic fun of the song and the funky fresh music video, "WTF (Where They From)" returned Missy to her rightful place on our playlists. -- Butta