K. Michelle Gives A Lot With ‘Not A Little Bit’ 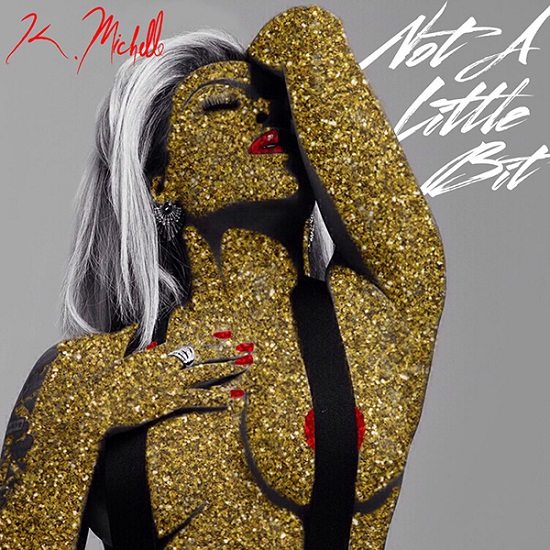 Reality star and singer K. Michelle has been a bit busy as of late. She's gearing up for the premiere of the second season of her VH1 reality show, K. Michelle: My Life, which will premiere on January 25th, and she's also been working  on a new album, tentatively (and controversially) titled I Ain't White But I Hope You Like. We haven't heard much from the upcoming set, but the singer drops the first taste of the new project with her latest single "Not A Little Bit."

The song is square in the singer's wheelhouse, dealing with the pain of heartbreak while kissing off an ex who she doesn't want in her life any longer. "If you think I want you, not a little bit / If you think I need you, not a little bit," she sings on the chorus as she lets him know his place in her life. The production for the song fits accordingly, with piano leading the way as K. Michelle sings her story. But to keep the ballad a bit more modern, a constantly stuttering hi-hat and a couple synth flourishes are added to the mix.

Though "Not A Little Bit" doesn't stray from her R&B roots and she's said to be working with the likes of Sevyn Streeter and T-Pain on the project, it's been rumored that K. Michelle's new album will find the singer expanding beyond the genre. That remains to be seen, but "Not A Little Bit" can be heard right here and is available for purchase at online retailers now.


TAGS:  audio, K. Michelle, Sevyn Streeter, t-pain
Previous: Morning Soul: I Do Give Him The Love That He Wants Next: Ride Abir & Masego’s ‘Wave’