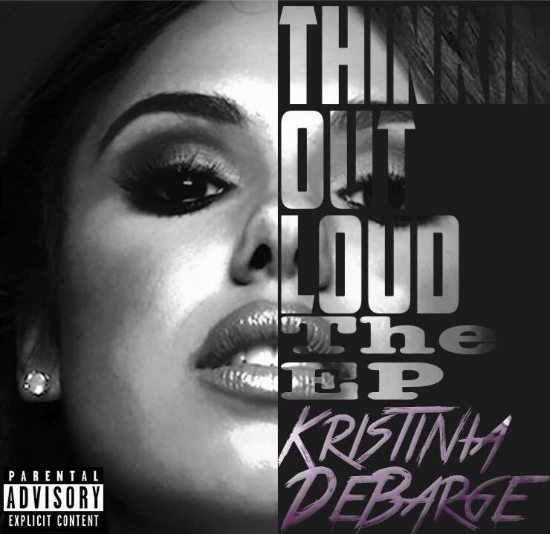 New year, new music, who dis? Well, it's Kristinia DeBarge and she just dropped her EP Thinkin Out Loud today.  The eight-track project is mostly R&B and showcases the songstress' sweet bubblegum vocals on top of percussion heavy beats. Tracks like "Problem," "Amnesia" and "I Don't Giva" give the artist some much-needed edge and could easily be played on the radio as-is. The songstress gets more sentimental on "Ricky Bobby" but goes back to her hard edge on "Church" when she confronts an ex-significant other. She ends her EP with "Fadeout," a clear club banger, featuring Bay Area rapper Iamsu!.

Will her new EP have Kristinia on your mind? We'll let you be the judge when you listen to Thinkin Out Loud. You can get it now on iTunes or stream her new album on Spotify. Until then, you can check out the tracklist below and listen to "Fadeout" right here. And lest we forget, Kristinia makes her reality TV debut on Growing Up Hip Hop with Angela Simmons and Romeo Miller. On the show she deals with her father's drug abuse, incarceration and her attempts at stardom. Catch the songstress on Growing Up Hip Hop tonight at 10 p.m. ET/9 p.m. ET on WE tv.


TAGS:  angela simmons, audio, IamSu!, Kristinia DeBarge", Problem, Romeo Miller
Previous: The Internet Make A Clean ‘Get Away’ On ‘Jimmy Kimmel Live!’ Next: Sia Dodges The ‘Reaper’ With An Assist From Kanye West