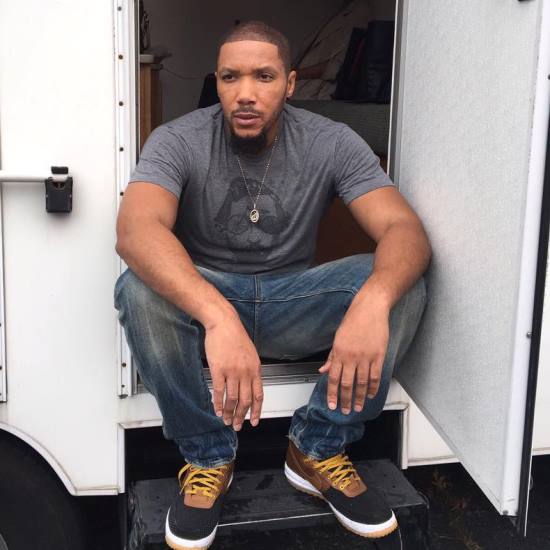 Since its release almost three months ago, Adele's "Hello" has been the gift that keeps on giving. The sweeping ballad continues to dominate the airwaves, but it has also inspired hilarious parodies, comedic sketches and an ever-increasing amount of covers by various artists, including Jade Novah, Joe, D∆WN and Andy Allo. But just when we thought we'd heard every possible rendition of this song, Lyfe Jennings comes along and flips it like only he can.

Staying comfortably in his lane, Lyfe recreates the song "from a hood perspective," swapping out the lyrics and giving us his signature gritty vocals. Like Adele, his dramatic delivery immediately grabs our attention from the start, but for entirely different reasons. "Hello, can you kill me? 'Cause I would much rather be dead than live with these regrets." Well, damn. Clarifying the morbid tone of the song, he recently explained "... if u from there you understand why I went there..some people say it's a suicide song. It is. I'm killing the old me who couldn't love a woman right, the old me that was in the streets, saying goodbye to old friends who delight in the old me. Giving birth to a new Lyfe...."

While it's a bit too melodramatic for our taste, check out his reinterpretation below and see if speaks to you. Floridians can catch him live with our favorite baking diva Patti LaBelle on January 28th in Jacksonville. After that, he's scheduled to appear in TV One's new sitcom Here We Go Again as well as dropping a new single called "Without You" as a follow up to last year's Tree of Lyfe.


TAGS:  adele, andy allo", audio, DAWN, Jade Novah, joe, lyfe jennings
Previous: Erykah Badu Gets ‘Trill’ With Her Flip Of Kanye West’s ‘Real Friends’ Next: The Internet Give Us Something ‘Timeless’ With A Jazzy Instrumental