Mack Wilds Does The Right Thing With ‘Love In The 90z’ 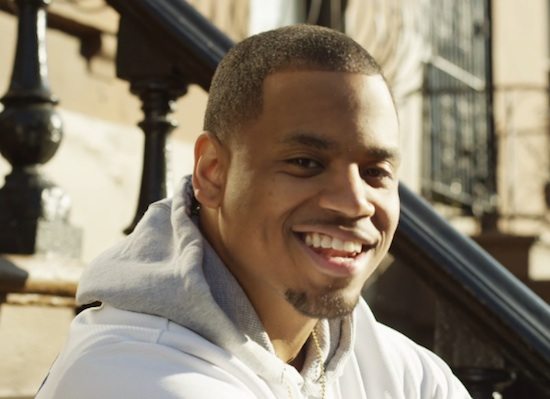 After scoring big ratings for its premiere, VH1's original movie The Breaks may just get picked up to become a series and carry on the stories of three young adults trying to make their hip hop dreams come true in the summer of 1990. One of those co-stars with stars in their eyes was Mack Wilds who has an affinity for that era in his own music as well. He wowed us with the authentic classic hip hop soul of his debut album, New York: A Love Story, and most recently released the single "Love in the 90z," which was heavy on the nostalgia even if it was light on originality. For the visuals for "Love in the 90z," it only made perfect sense that he borrowed from one of that time's most iconic films, the Spike Lee joint Do the Right Thing.

Mack plays Spike's Mookie character on his pizza delivery grind in Brooklyn. The camera follows Mookie Wilds as he walks through the streets of Bed-Stuy on a sunny day interacting with folks on the block and flirting with a pretty young thang sitting in her brownstone window. Despite her mom's hateration, Mack gets to spend some QT with the PYT who can't resist his charms while his track provides the soundtrack. The clip isn't an exact recreation of the film nor is it the first time Do the Right Thing has been used as a music video's source material -- see Eric Roberson's similarly-themed music video for "Summertime Anthem" from 2011 -- but we love Mack Wilds' '90s steez so much it's hard to find fault. Do the right thing (pun intended) and feast your eyes on Mack's visual interpretation and watch out for his next throwback moves.