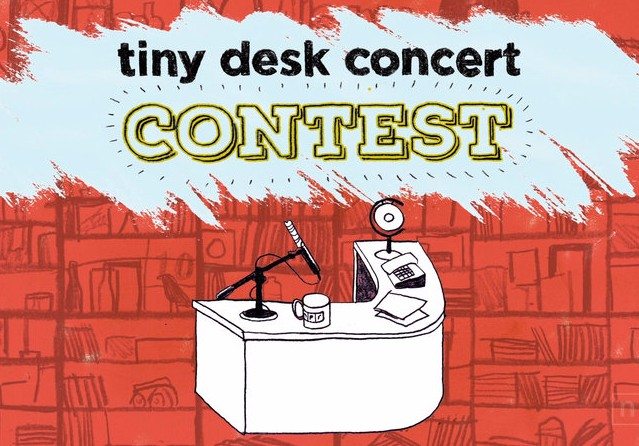 NPR Music's Tiny Desk Concert Series has become a must-stop destination for both established artists and burgeoning talents who are visiting (or residents of) the Nation's Capitol. This past year alone brought incredible mini concerts from an eclectic group of SoulBounce faves including Jessie Ware and Jesse Boykins III, Leon Bridges, Andra Day, The Internet, Lianne La Havas, Christian Scott aTunde Adjuah and Sharon Jones & The Dap-Kings. Now heading into its eighth year, the unique series shows no signs of slowing down, kicking off 2016 with a potent performance by Rapsody.

Housed in the NPR offices the quirky, intimate setting is the perfect space to highlight any genre of music. And though some big names have passed through their halls, the NPR Music team is always excited when they come across a promising new artist. This is the spirit that birthed the first Tiny Desk Contest around this time last year. After receiving thousands of entries, Oakland's Fantastic Negrito was crowned the winner and went on to play major festivals and top the iTunes Blues chart. Creator/Host Bob Boilen was quite impressed with and inspired by the talent pool, stating "You made something you were proud of, and you showed the world the richness of our country’s underground music scene...You made things unlike anything we have heard or seen...I couldn’t let a year go by without doing that again. So we’re back, and this year’s contest is going to be even bigger."

That's right folks, now's your chance to be seen and heard worldwide. The Tiny Desk Concert Contest is back and bigger than ever. And they're specifically calling out R&B singers and Hip Hop spitters to represent and show 'em what you've got. All things considered (pun intended), the rules are fairly simple: Submit a video that showcases one original song, make sure it's behind a desk (any desk will do), upload said video to YouTube and complete the entry form. In addition to Mr. Boilen, Son Little, Jess Wolfe & Holly Laessig (from Lucius), Dan Auerbach (from The Black Keys and The Arcs), and Robin Hilton (All Songs Considered host) will serve as judges. The contest is open from January 12th though February 2nd and the winner will play their own Tiny Desk Concert plus tour the country with NPR and concert sponsor Lagunitas.

Don't let this amazing opportunity pass you by. Check out the offbeat promo video below, get inspired by Fantastic Negrito's 2015 winning entry and find your way to the official contest website for a full list of rules and additional details. While you wait for the new winner to be announced, you can catch up on past Tiny Desk Concert videos via NPR.