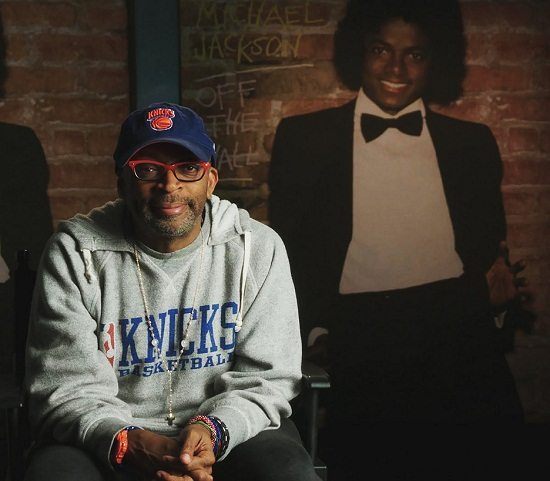 We're all definitely excited about Spike Lee's latest joint, a documentary concerning the events leading up to and the creation of Michael Jackson's certified classic 1979 album Off The Wall. The upcoming film, titled Michael Jackson's Journey From Motown To Off The Wall, looks to explore Michael's path as he left his childhood label home of Motown to sign with CBS Records as part of The Jacksons and then as a burgeoning solo star. Because it focuses on such an interesting and rarely told moment in the life of the eventual King of Pop, it's definitely sure to give us a glimpse into a side of MJ that the public was never privy to.

In anticipation of the film's premiere, Showtime has released teaser footage from the documentary. The clip deals with the album's runaway hit, "Don't Stop 'Til You Get Enough." Footage of MJ performing the song during The Jacksons' much-heralded Triumph Tour is shown as contemporaries like David Byrne and admirers like Ahmir "Questlove" Thompson and The Weeknd speak to the song's influence. The Weeknd even goes as far as to say that the disco burner inspired his "falsetto."

Moving right along, the brief clip definitely shows why Michael Jackson's Journey From Motown To Off The Wall will be a must-see. Check it out below and be sure to mark your calendars and set your DVRs for the film's premiere on Showtime on February 5th at 9 p.m. ET/PT.


TAGS:  ahmir questlove thompson, david byrne, michael jackson, the jacksons, The Weeknd
Previous: Join Tinashe On Tour When She Takes Her ‘Joyride’ Around The World Next: Dam-Funk Keeps The Funk Flowing On ‘Special Friends’