The Internet Make A Clean ‘Get Away’ On ‘Jimmy Kimmel Live!’ 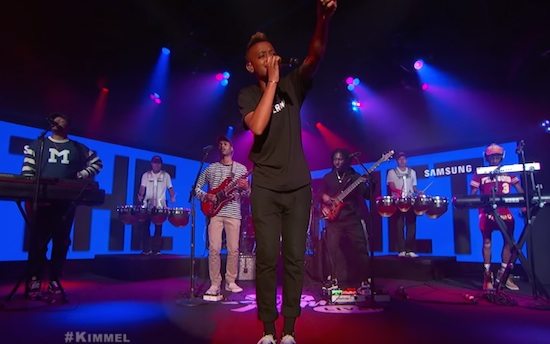 The Internet has been making waves with their album Ego Death, with the project finally breaking them into the mainstream and even garnering the group a much deserved GRAMMY nomination. It has also afforded the Cali-based group spots on television. So far, they've appeared on Late Show with Stephen Colbert and the now-defunct The Queen Latifah Show, and last night they made their presence felt on ABC's Jimmy Kimmel Live!.

To mark the occasion, the crew dusted off Ego Death's minor key opener "Get Away" for Jimmy Kimmel's crowd. While the number isn't exactly the group's most high-energy offering, it served as the perfect crowd pleaser for the moment. Syd Tha Kyd's swagger is evident from the song's opening line ("Now she wanna [come] with me") and she took control of the game audience from that moment forward. Equally impressive, the group manages to transfer their live performance vibe to the television stage pretty effortlessly (the addition of the drummers in the back definitely helps). But the showing wasn't without its hitches. Something weird was going on with the sound mixing, with Syd's vocal falling far below the music in the mix, making her words sometimes indecipherable. Still, they overcame that flaw fairly well.

Check out The Internet doing their thing on the Jimmy Kimmel Live! stage right here and let us know if you were feeling their set. 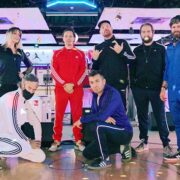 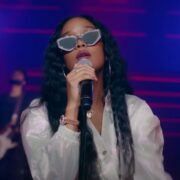