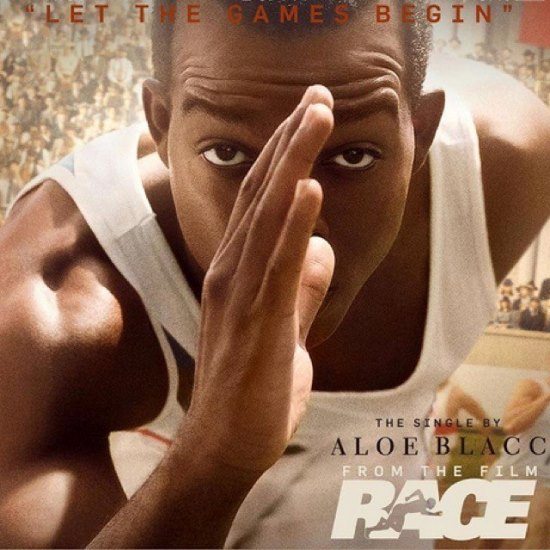 Aloe Blacc's voice has provided uplifting background music for everything from commercials to movie clips. But his latest song "Let the Games Begin" stands out from his previous work because he wrote and produced it for one specific (and noteworthy) reason: to be featured in the upcoming Jesse Owens biopic Race. The film centers on the track and field icon's athletic quest, which propels him to the 1936 Olympics where he takes the world stage to face off against Adolf Hitler’s vision of Aryan supremacy. Blacc brilliantly scores the historic moment with a winning anthem.

A clarion trumpet solo paints an aural illustration of runners taking their mark and getting into starting position. Acoustic guitar, militant percussion, heralding horns and tinkling marimba create an exhilarating mood throughout the song and add vibrancy to Blacc's poignant lyrics, "The will to win is all in your mind / So don't hold back, put it all on the line / Though it's hard to go on, be strong and keep pushing through / All your friends and family back home, they have faith in you / And it's all so very clear, there's a reason you're here." Rhythmic tribal drums and harmonic hums end the song with a definitive and dramatic flourish, accenting the uplifting inspiration and empowering motivation felt throughout the movie.

While Mr. Owens' victorious outcome has long been cemented in the history books (four gold medals to be exact), the song serves as a melodic affirmation of his bravery and triumph. Scroll down to be inspired by the song and the official movie trailer. Race (starring Stephan James as Jesse Owens) is set for theatrical release on February 19th along with the full movie soundtrack, but you can purchase "Let the Games Begin" right now through your favorite online music retailers like iTunes, Google Play and Amazon.