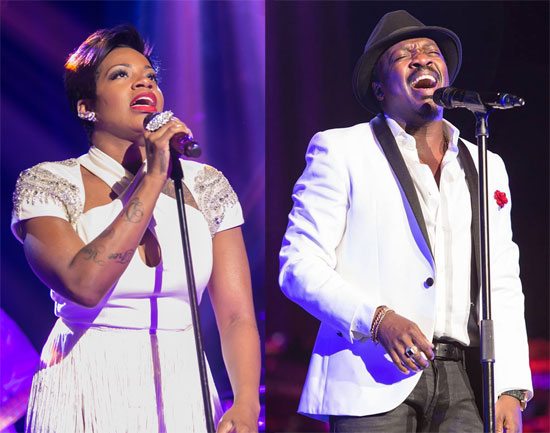 Anthony Hamilton and Fantasia officially go together. On tour that is. The two sangin' GRAMMY Award winners are getting ready to hit the road together for a spring tour sure to deliver all of the fixins of a soulful show. The singers have performed together across the U.S. before, but this time they are putting their southern-fried sets in a formal package as their first official tour as a duo. The tour is right on time since both AHam and Mrs. Barrino-Taylor have new projects coming out this spring. Anthony has been making us say "Amen" with the first single from his upcoming March 25th release What I'm Feelin'. Fantasia's as-yet-untitled set is on the way, and she's had our ears perked and ready for more after her empowering release "No Time For It."

Both Anthony and Fantasia are representing North Carolina, they have gospel-rooted, soulful vocals and they are prepping us for their fifth studio albums -- it's almost as if this tour was meant to be. Let's also keep in mind they each come with amazing bands and singers (see: The HamilTones). Make no mistake that this will be the concert tour of the spring. So get your coins ready and coordinate your calendars, because the soul-stirring four-week trek starts in Buffalo, NY on April 21st and will hit many a city near you, including Chicago, New York, Baltimore, D.C, Los Angeles and more.

If you're ready for a show that will have you on your feet (and probably with no shoes on like 'Tasia), you can check out show dates below and get your tickets when they go on sale at Ticketmaster.com March 4th. Anthony and Fantasia left a message for fans via social media, so before you cop your tickets, check out this invite from the artists themselves right here.