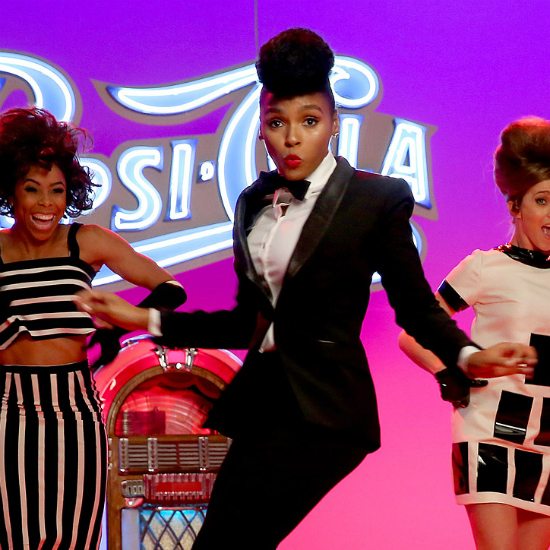 Jamal Lyon isn’t the only person with a Pepsi endorsement deal. Our girl Janelle Monáe is the featured artist in Pepsi’s big Super Bowl 50 commercial, and, as usual, the seasoned performer shows up and shows out in the 40-second clip.

Titled, “The Joy of Dance,” the commercial features the Janelle Monáe dancing to hits from different musical eras. The spot begins with the Electric Lady cutting a rug to The Contours’ 1962 hit “Do You Love Me” before she shakes her groove thang to Madonna’s “Express Yourself” from 1989. The final scene see a modern Monáe dancing to the sound of her drum as she reinterprets Pepsi’s “Joy of Cola” jingle. While it might have been a little biased, we're a little bummed she didn't hit a Dab.

No stranger to endorsements, the Wondaland Records boss also has lucrative deals with COVERGIRL and Sonos. She joins a long list of performers starring in commercials for this year's Super Bowl, including Lil Wayne for Apartments.com and Drake in a hilarious parody of his “Hotline Bling” video for T-Mobile. She also joins famous Pepsi spokespersons, including Ray Charles, Pink, Beyoncé and Michael Jackson. Check out the dazzling clip below and pick up a six-pack for the game to go with your Hennessy.