Missy Elliott Gets Things Poppin’ With Her ‘Pep Rally’ 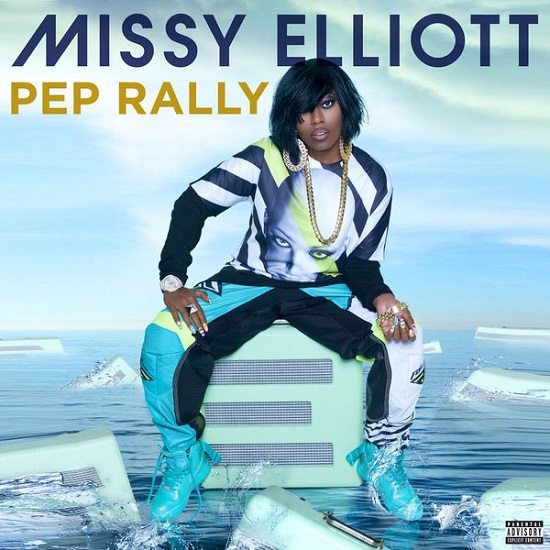 We were wondering when Missy Elliott was gonna drop another joint and now we need wonder no more. A year after taking over the Super Bowl halftime show and a few months after making the block hot with "WTF (Where They From)," Miss Misdemeanor does it again with her new jam "Pep Rally."

Like most Missy jams, "Pep Rally" is meant to get you shaking it on the dance floor, and it succeeds thanks to go-go-meets-bounce beat that gets the party started from jump. As the percussion goes hard, marching band-like horns and whistles making it feel like the hypest homecoming pep rally ever. Of course, the star of the show is Missy herself, who takes on the role of drum major. Rather than straight-up flow, she instead shouts out her rhymes like she's cheering on a team to victory. Of course with the bounce-able beat, a lot of the lyrics focus on shaking it fast, with Missy in particular making sure to make booties bounce like basketballs and her cohort on the track making things even more hype as she commands everyone to "bounce-biggety-bounce" that ass to the beat.

Is "Pep Rally" gonna go down as Missy's finest lyrical moment? Nah. But it will help remind fans how much of a party starter a Missy jam can be. Hopefully she keeps bringing it like this and eventually backs all this heat up with an album release sooner rather than later. Get into Missy's "Pep Rally" right here and let us know if it makes you biggety-bounce.


TAGS:  audio, missy elliott
Previous: Morning Soul: Yesterday Was All We Had Next: SoundTable Discussion: SoulBounce Gets Into Beyoncé’s ‘Formation’ – Is It #PeakBlackness Or Nah?