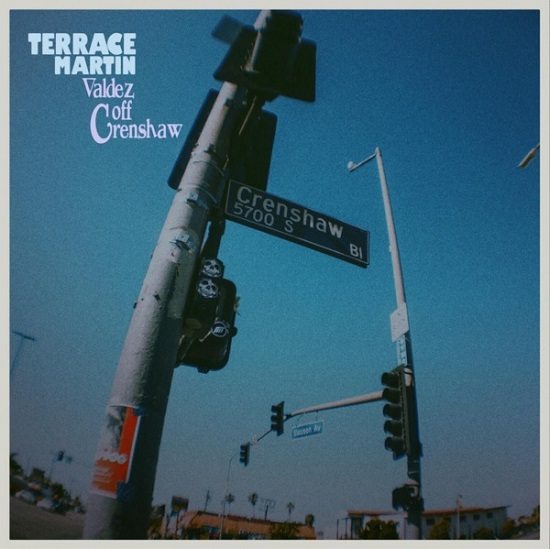 Though his boy Kendrick Lamar's To Pimp a Butterfly didn't take home Album of the Year honors at this year's edition of the GRAMMY Awards (and, if we're being honest, was essentially robbed of the honor), last night was still pretty sweet for Terrace Martin and everyone involved with the project, which swept the rap category. Fresh off of helping pull of the most-talked about performance of the night, it looks like Terrace is ready to move things forward. His new album, Velvet Portraits, is set to arrive on April 1st and he's giving us a first taste with new song "Valdez Off Crenshaw."

If you're a fan of Terrace and his chops on the saxophone, then you're in luck, as the song is an instrumental track that delivers plenty of it. Terrace updates Donny Hathaway's "Valdez In The Country" (which is itself a cover of the track that the legend wrote and produced for '60s jazz/funk/rock outfit Cold Blood) with his own sensibilities. While he makes a few slight changes here and there, he for the most part keeps it true to form, steeping it with soulful organ and wah-wah guitar. But Terrace's sax is the star here, and it shines damn bright as he delivers quite the stirring performance.

Take a listen to Zane Lowe premiering the funky yet smooth track on his Beats 1 radio show right here and be sure to pre-order Velvet Portraits on iTunes now.