Timbaland & Mila J Get Closer In ‘Don’t Get No Betta’ 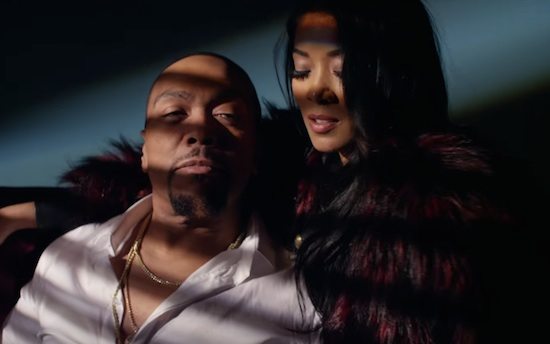 Pause whatever you have planned for Valentine's Day and watch the latest visuals from mogul/producer/rapper Timbaland and singer Mila J first. The duo provide the blueprint to a steamy situation as they get nice and cozy in the video for "Don't Get No Betta," a track from Timbaland's Christmas gift of a mixtape King Stays King and the first single from his next studio album. Mila J spends the majority of the video sporting black lingerie, flashing skin and flexing her dance moves while Tim shows his appreciation and gets lovey dovey with the songstress. Timbaland actually sings throughout the track, adding a computerized effect to his voice while Mila join in on the second verse and support on the chorus with her slightly Auto-Tuned vocals. As they both sing, "We could go wherever / Oh, it don’t get no betta," we can't help but agree by watching their chemistry.

The two play quite a fun and believable couple, dancing with and not able to keep their hands off of each other. Timbaland later gets frisky in bed with an ice cube, to cool things down as they get hot and bothered. If you need some ideas for your next cuddle session with bae, then it "Don't Get No Betta" than watching these visuals. If you like what you're hearing as much as what you're seeing from Timbaland and Mila J below, be sure to download Timbaland's mixtape King Stays King.


TAGS:  Mila J, timbaland
Previous: Morning Soul: You Oughta Know By Now If You Wanna Be My Lover Next: Anna Wise Shares Her ‘Precious Possession’ With Us