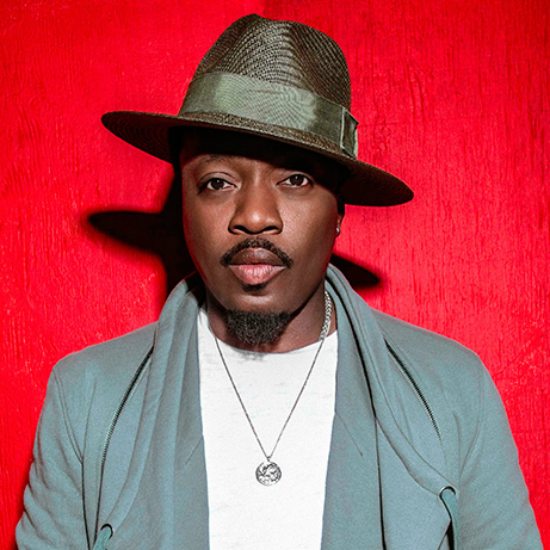 It’s #ThrowbackThursday, and for once we have more than embarrassing childhood photos and bad fashion choices to celebrate. Anthony Hamilton has shared the title track from his upcoming album, What I’m Feelin', and it sounds like a classic. Featuring The Hamiltones, the song is a call back to the ‘60s doo-wop, Motown sound that harbors both old school pop and soul elements.

On “What I'm Feelin',” Anthony is trying to figure out if the woman who means the world to him feels the same way in a strong and passionate yet vulnerable way asking, “Tell me what you’re feeling / Tell me what you’re feeling / Are you afraid of what we’re building?” The track starts with the harmonic melodies of The Hamiltones, whose background vocals would give any barbershop quartet, doo-wop group or your local church choir a run for their money. Their voices are an instrument unto themselves, perfectly complementing the sound bed of drums, intermittent horns and piano created by the song's producer Mark Batson. Of course, Mr. Hamilton isn’t going to be the weak link on this masterful track, delivering his patented gravelly tenor with a throwback vibe.

After wowing us both on stage backing Hamilton live and off stage with their soul-stirring remakes of rap songs, it's great to hear The Hamiltones get this time in the spotlight on something original with "What I'm Feelin'" and serve as the only featured artists on the album. We can't wait to hear how heavenly this song sounds live when Anthony Hamilton goes on tour starting in April. Until then we're going to play "What I'm Feelin'" and previous singles "Amen" and "Save Me" on repeat until What I'm Feelin' arrives on March 25th. Get your pre-orders at Amazon or iTunes today.

TAGS:  anthony hamilton, audio, mark batson, The Hamiltones
Previous: BXRBER Wants To Love You ‘Til The ‘World End’ Next: Josh Collins Shows He Has ‘GoodThings’ To Come