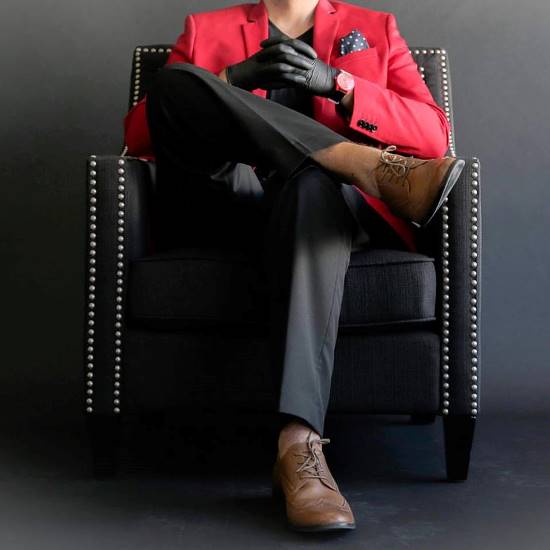 Back in 2014, Captain Supernova connected with music lovers everywhere through his In Space remix series, releasing cosmic flips for the likes of Michael Jackson, Marvin Gaye and Jamiroquai to name a few. However, it was the concept album Visions of the Unknown — really, the sonic bliss of "Lost in a Dream" (which featured dreamy vocals from Jackie Gage and sultry horns by Shawn Williams) — that truly convinced this writer that there was much more to him than a few good remixes. Preferring to dwell amongst the stars, the self-described "American astronaut" is rarely seen, so we appreciated his occasional visits (a stellar collabo with Harleighblu for instance). But the time has come for a new project, and he's re-entered the atmosphere to deliver the upcoming Doors of Perception.

The latest preview is an ethereal downtempo cut called "Without Gravity." The Captain creates an astral soundscape with layers of jazz, hip hop, funk, and synth. While the instrumentals give a feeling of floating, the soulful lull of Angela Muhwezi's vocals add warm depth to the track as she sings, "I'm free, I'm free / There's nothing on Earth that can hold on to me." This is music as escapism, so when you're ready to leave your cares behind, hit the play button below and zone out.

Doors of Perception, due out on March 25th via the Cold Busted label, is currently available for pre-order. Until then, keep scrolling to get pulled further into Captain Supernova's orbit with "Leaving the Past Behind" (featuring Laura Mace) and the celestial instrumental "How Could I." Follow Captain Supernova on Twitter and stay tuned for the first album visuals ("Searching for Forever" featuring Natasha Agrama) when the album drops next week.