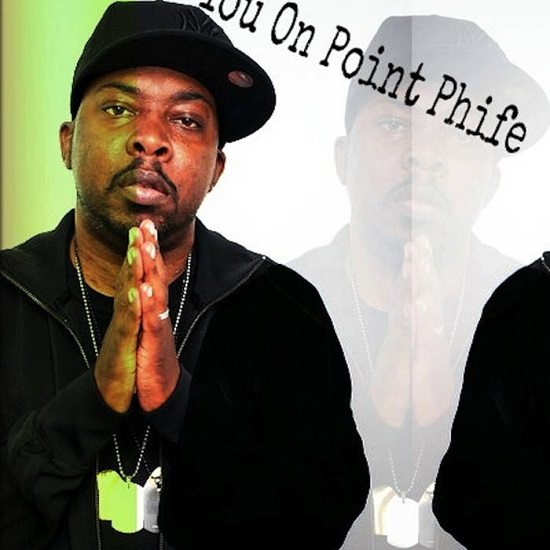 The first quarter of 2016 has been a rough one for music lovers, with many high profile deaths silencing talents that have left tremendous marks on the music industry and all of our lives. With yesterday's passing of A Tribe Called Quest co-founder Malik "Phife Dawg" Taylor, though, the shock and hurt hits a little closer to home as the Five Foot Assassin left us at the fairly young age of 45. Many have contributed words and memories of the lyrical genius. But sometimes, words just can't do justice to the loss that's been felt. Luckily, we have musicians like Daniel Crawford, who has put his feelings into a music tribute he appropriately calls, "You On Point Phife."

Utilizing a vocal sample from ATCQ's seminal hit "Check The Rhime," Daniel creates a elegiac tribute utilizing piano, synths and flute. But rather than a mournful dirge lamenting Phife's loss, Daniel's tribute sounds celebratory, with the airy instrumentation and beautiful flute playing sounding joyful and happy, celebrating Phife's transition rather than lamenting it. Though no words other than the vocal sample are included, we hear Daniel's love for Phife and all things Tribe loud and clear.

On Phife's passing, Daniel had this to say:

"This one hurts man. Phife Dawg and his work with Tribe is such a HUGE part of who I am musically and without Tribe and their influence growing up, I definitely wouldn't be who I am today musically. So I say thank you Phife for your life, talent and countless classic records you blessed. Rest In Peace King..."

Join us and Daniel in remembering Phife Dawg's life and legacy when you take a listen to "You On Point Phife" below. And, if you want to add this to your collection, Daniel has made it available for a name-your-price basis on Bandcamp.


TAGS:  a tribe called quest, audio, Daniel Crawford, phife dawg"
Previous: Morning Soul: Got My Eye On The Target Next: Jhené Aiko Gives You A Visual Explanation Of ‘B’s + H’s’