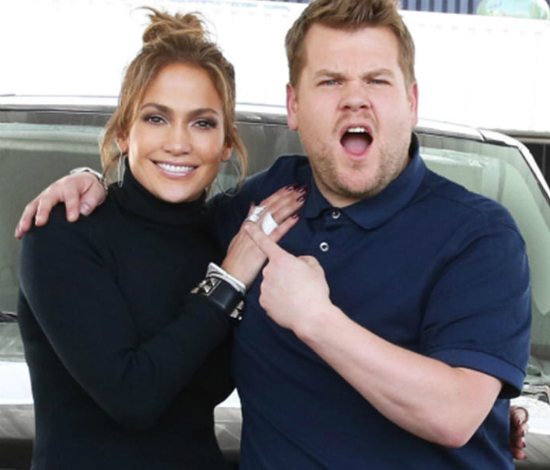 In a stroke of genius and what could easily be considered common sense, The Late Late Show's James Corden decided to take his Carpool Karaoke segment and make it a primetime special. Last night, Corden invited singer/dancer/actress Jennifer Lopez to take a 13-minute ride with him to the CBS studios while fun and shenanigans ensued. The duo tackled her most popular tracks, including "Love Don't Cost a Thing," "Booty" and "Jenny From the Block," and even sang one of her Spanish singles. Along with karaoke, Corden covered topics including whether or not J.Lo's derriere is insured for millions and the number of times she's been proposed to. The highlight of the special, though, isn't even the singing but the fact that Corden gets a hold of J.Lo's phone and texts Leonardo DiCaprio.

J.Lo joins the ranks of other celebs like Stevie Wonder, Jennifer Hudson and Adele, who have all taken a ride with the late night comedian. You can catch the busy star on her NBC series Shades of Blue, with its season finale airing this Thursday, and also watch her on the American Idol series finale April 7th on FOX. Corden gets to host the 2016 Tony Awards on June 12th and, of course, you can watch him on The Late Late Show weeknights at 12:37 a.m. ET/11:37 p.m. CT. Until then, get into J. Lo and Corden's dance break right here and get ready to go on a wild ride when you watch their hilarious Carpool Karaoke segment below.