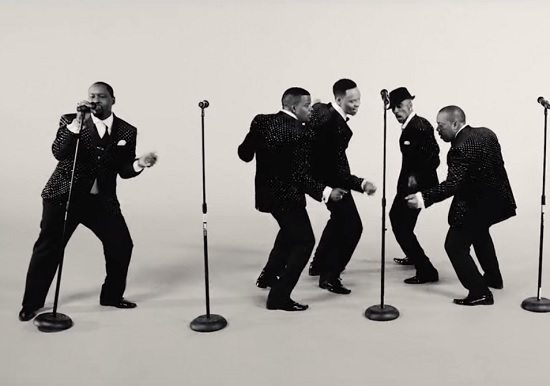 Johnny Gill's seventh studio album Game Changer may have arrived at the end of 2014, but that doesn't mean that the set has lost any of its steam. Buoyed by his signature loverman style of R&B on joints like "Behind Closed Doors," the set surely pleased fans of Johnny and old school R&B lovers alike. However, one of the songs that fans really loved from the album was "This One's For Me And You," which found Johnny reuniting with his brothers form New Edition. Now, more than a year later, fans can rejoice again as the song finally gets an official video.

The clip finds Johnny and the boys having fun like they used to do, with the fab five (nope, Bobby Brown isn't included this go-'round) singing and dancing like the good old days. The fellas put on the familiar song-and-dance in a black-and-white throwback set, but that's just one segment of the video. The rest of the clip finds the fellas joining their women for a game night and a little bit of fun. It's all actually all quite cute. And just in case you wanted some of that NE magic back, then don't miss the other lead singer of the group (that's Ralph Tresvant for the uninitiated) delivering his trademark falsetto during the song's second verse.

So what are you waiting for? Check out "This One's For Me And You" right here.