K. Michelle Walks Through The Rain & The Pain In ‘Not A Little Bit’ 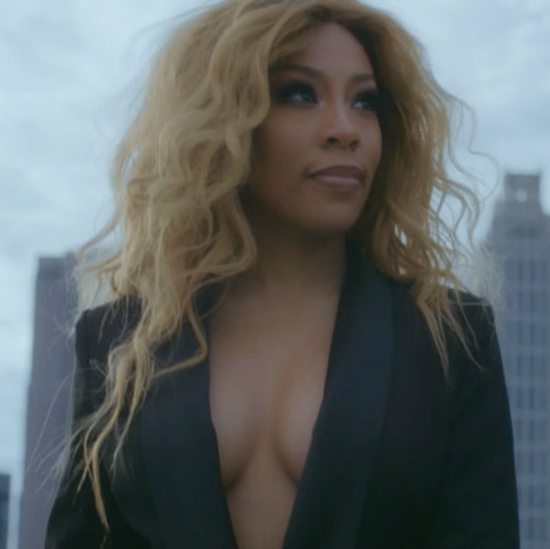 K. Michelle has just released her third album, More Issues than Vogue. The LP spans the gamut from old school soul on the single "Time" to ratchet antics of "Mindful." As a little reminder, the devastating diva has released a new video for the first single, "Not a Little Bit." As you would guess, the video plays off the song's lovesick lyrics, with a little bit of a creative twist.

In the visual for "Not a Little Bit," K. Michelle walks through the rain and the pain of heartbreak. A literal rain cloud, we're guessing it's a cumulonimbus, hangs over the beleaguered diva as she thinks back to her time in a tortured relationship. When she's not getting soaked by the cloud, she's getting soaked in the sauce, Jack Daniels to be exact, or soaking. Finally over it all, K. dons her white wrap dress, drops her boyfriend's belongings off on his porch and moves on with her life.

The video for "Not a Little Bit" shows a bit of the creative side of K. Michelle, proving she's more than just booty shots. While not exactly revolutionary in its execution, it's far and away better than most of the basic music videos that come across our timeline. If you haven't gotten enough of a look at K. Michelle, there's never any shortage of footage of the reality star. Not only did she just wrap her own reality show, but she's about to make a triumphant return to Love & Hip Hop Atlanta for another round of ratchet drama. While we love trash television, we think we like the K. Michelle featured in "Not a Little Bit," who balances her street level tendencies with undeniable artistry, just a bit better.