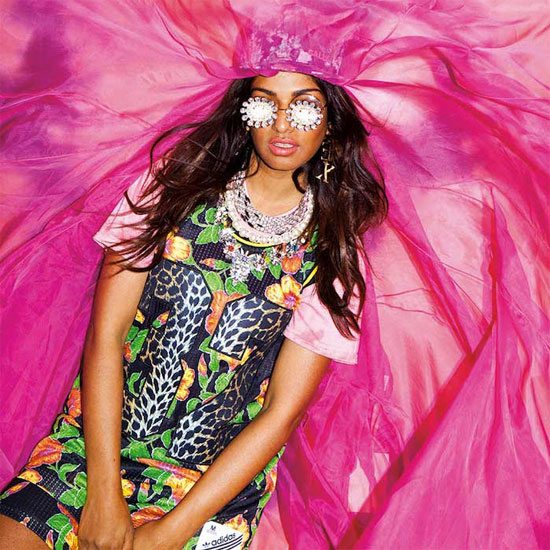 M.I.A. brings the heat in more ways than one with a set of dance floor ready tracks, “MIA OLA - FOREIGN FRIEND.” The tracks are a wink-wink, nudge-nudge look at immigration and borders against the boom of an 808. You know, the typical M.I.A. songs, but we wouldn’t have it any other way.

The first song of the double feature, “MIA OLA,” is an oxymoronically track that features a clever sample of The Lion King’s “Circle of Life.” Keen eared fashionistas might also recognize the track from Stella McCartney’s Winter 2016 fashion show, where models traipsed down the runway against the sonic backdrop of drums, bass and manic sitars as M.I.A. boasts, “Most of the things I do they ban it / But I’ma still do it / I’m a bandit. Towards the end, M.I.A. flips the beat into another song, speeding up the track, then slowing things down, blending the song “FOREIGN FRIEND” into the mix, which features a sample of a middle eastern chant against a stark stutter-step drum.

"MIA OLA - FOREIGN FRIEND" is rumored to be featured on M.I.A.’s upcoming album Matahdatah, however, it is available for free download on SoundCloud right now.  Until Matahdatah materializes, you might want to click that SoundCloud link as quickly as possible to cop this heater before the song gets banned. M.I.A., aka Pirate Bae, has hinted that The Lion King sample may or may not have been approved by Disney, and you know they don’t play with their intellectual properties. Get into M.I.A.’s latest right here while you still can.