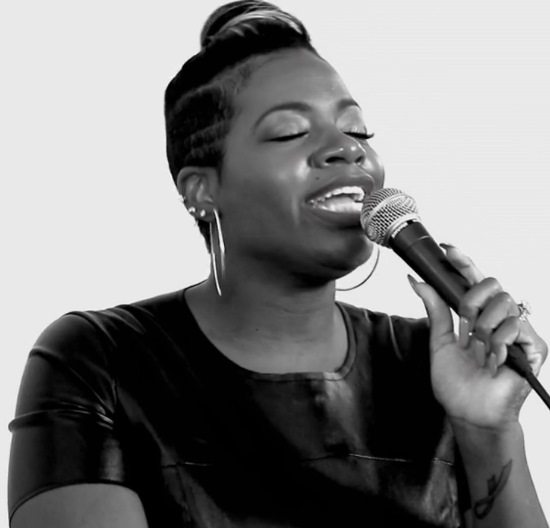 After a showstopping performance and some much needed rest and relaxation in Jamaica, vocal powerhouse Fantasia is back on her grind. In addition to clocking studio time for her upcoming album, she's also prepping for her upcoming co-headlining tour with Anthony Hamilton. So far, her work has been paying off. Her performance of Patti LaBelle's "You Are My Friend" at the BET Honors '16 was voted the "Fan Favorite," and her current single "No Time For It" has been steadily climbing the urban charts. As an added bonus for fans, she recently recorded an acoustic version of the song.

The stripped-down rendition replaces the snappy synth and drum kit with breezy guitar strums and shimmery peals of marimba. Miss Tasia (looking fierce in a little black leather number) is in no hurry, remaining seated and vocally subdued as if having a candid woman-to-woman (or woman-to-man) talk with one of her detractors. The minimal instrumentation almost makes us feel like we're eavesdropping on her conversation, as it allows the lyrics to shine through and resonate with the listener. Catch the performance below, grab the single on iTunes and head to Fantasia's website (or follow her on Twitter) for concert and album updates.