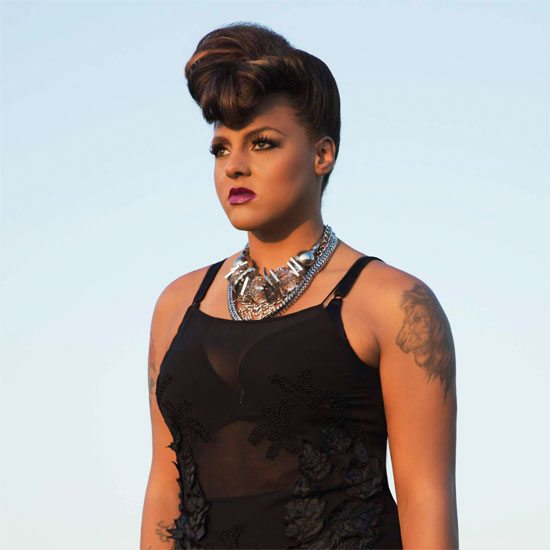 In the last few years Marsha Ambrosius has emerged as a powerhouse talent of incredible vocal ability. She's one of the few people that when hear she's about to cover a song we don't prepare to cover our ears, doing great remakes of everyone from Lauryn Hill to Sade. While we're waiting on the  long-awaited return of one of neo-soul's favorite groups, Floetry, with Marsha “Songstress” Ambrosius reuniting with Natalie “Floacist” Stewart to drop an album later this year, she's blessed us with yet another remarkable refix. Marsha has contributed a remake of the Crown Prince of Reggae Dennis Brown’s “Have You Ever Been In Love” for the upcoming tribute album, We Remember Dennis Brown, courtesy of VP Records.

The song begins with the familiar “Shoo be doo doo,” from the original as Marsha opens up a can of amazing over a lilting island groove. While Marsha’s version isn’t in the mid-tempo reggae style of the original, she gives us a more subdued but no less heartfelt rendition that plays to her vocal strengths and pulls on the heartstrings.

While it's a reflex at this point to automatically cringe when you hear of someone doing a cover of a classic song, Marsha does justice to the original. We Remember Dennis Brown is expected to hit stores sometime in late spring, but you can cop this track on iTunes now. Kick back with a Red Stripe and enjoy the vibes of Marsha’s cover.


TAGS:  audio, dennis brown, floetry, lauryn hill, Marsha Amrosius, natalie stewart, sade
Previous: We’re ‘Holding On’ To Gregory Porter With News Of New Album ‘Take Me To The Alley Next: Anthony Hamilton Comes Through With Funky Come On ‘Save Me’