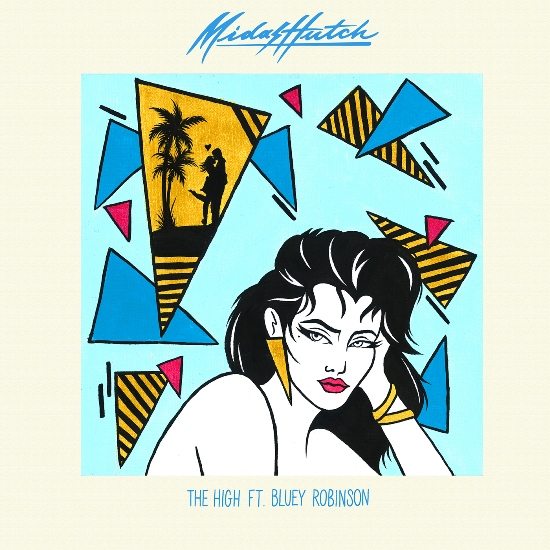 Dutch DJ/producer FS Green has dropped some incredible remixes over the years reworking SB faves like Janet Jackson and Jesse Boykins III, not to mention his collabos with Full Crate. But after completing a deep bass/house flip of Midnight Star's "Midas Touch," he found himself drawn to the disco-funk sound of the original tune. The '80s vibe took root in his soul and spawned the alter ego Midas Hutch, producing nostalgic tweaks of artists like Dej Loaf, Bando Jonez and TeeFLii.

But it seems the remixes are temporarily on hold as he recently premiered his official debut single "The High," an original work featuring British R&B singer Bluey Robinson. If you're a fan of '80s R&B and early New Jack Swing, this synth-laden groove is love at first listen. Hutch's fusion of funky bass, shimmery keys, vibrant percussion and experimental sounds is inescapably infectious when paired with Robinson's talented vocals and tempting lyrics. The producer explains that he "...wanted to create something you can listen to in your car, cruising with your boo with the top down. As well as a song you could get down to in the club." We'd say he pretty much nailed it.

Take a listen below, then peep the lyric video afterwards and let us know if you agree. "The High" is a preview of Midas Hutch's upcoming debut EP. While we wait for more details, be sure to check out his previous work on SoundCloud and keep up with him via social media. Bluey Robinson's TheRedRoom mixtape is set for release sometime next month. Get a sneak peek with his cover of Jagged Edge's "Where The Party At" and follow him on social media for upcoming performances and updates.