SBTRKT Drops Surprise EP ‘SAVE YOURSELF’ 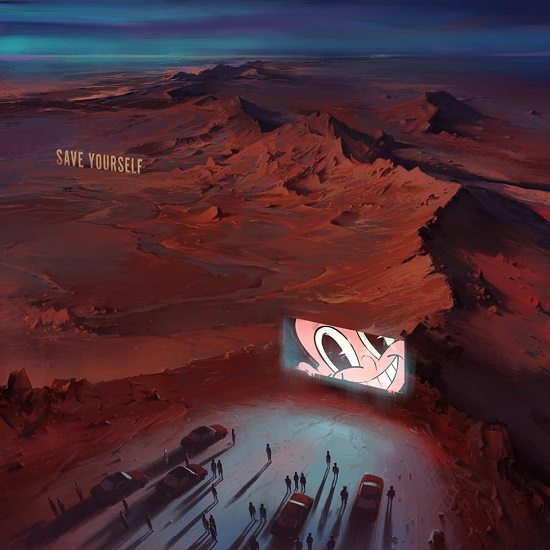 With the release of "Good Morning" earlier this week, we knew that SBTRKT was brewing something that would be coming soon, but we had no idea how soon. Today, the masked DJ/producer gives us a brand new eight-track EP entitled SAVE YOURSELF.

The set features a small list of collaborators, including D.R.A.M., Mabel and frequent collaborator Sampha. However, the most featured artist on the EP is surprisingly The-Dream, who appears on three of the eight tracks included here. However, despite the featured guests, it's all about SBTRKT's production. He offers more stripped down, slower paced material for this outing, with nothing really making the listener want to break out into fancy footwork. Instead, he's designed a sound palette perfect for introspective head-nodding.

And it looks like SAVE YOURSELF is the harbinger of increased output from the producer, who is looking to deliver more to the public on a more consistent basis. Of the project's release, SBTRKT had this to say:

"I'm very happy to now introduce my new release which is called SAVE YOURSELF. While a complete piece with a beginning, end and visual concepts that have been worked on over many months, this is not an album. This record was written from last summer till last week and is about being able to share music with you more frequently than I have done in the past, and not long after its been created."

No matter what he wants to call it, we're just happy to be listening. You can stream the set in full below (it's also available on Spotify and Apple Music) and you can purchase it in full on iTunes. And for more on SAVE YOURSELF, check out the project's website.


TAGS:  audio, D.R.A.M., Mabel, Sampha, SBTRKT, the dream
Previous: K. Michelle Walks Through The Rain & The Pain In ‘Not A Little Bit’ Next: Funkadelic, Ice Cube & Kendrick Lamar Are ‘Funkin’ Kinda Hard’ In Their New Video