Seun Kuti & Egypt 80 Give Tribute To The ‘Black Woman’ 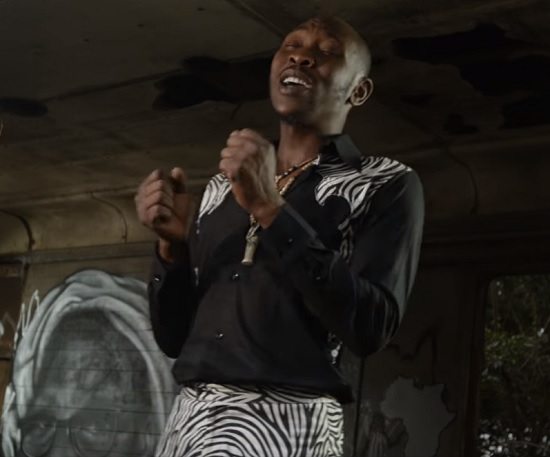 Being a black woman isn't the easiest job in the world. Don't get us wrong, black women are fabulous in and of themselves with a flyness and a natural grace that is often imitated but could never — ever — be duplicated. But though they are filled to the brim with #BlackGirlMagic, they are often marginalized and mistreated and their voices and achievements are far too often silenced and ignored in the mainstream. However, we here at SoulBounce have no problem celebrating black women and their multifaceted beauty. And neither does Seun Kuti. The son of Afrobeat legend Fela Kuti, Seun and his band Egypt 80 are no strangers to celebrating blackness and they do just that with their new single and video "Black Woman."

Taken from their latest album, A Long Way To The Beginning, the song is an anthem for black women everywhere. Seun offers his love and respect for the struggles that black women go through in their daily lives while calling out a few powerful ladies out by name, like Angela Davis, Maya Angelou and Nina Simone (which means even more coming after the debacle of a trailer for biopic Nina). For the song's video, Seun brings his lyrics to life with a plethora of beautiful black women. They dance, sing and walk in their power as they are shown on the camera, with Seun himself appearing surprisingly little. But perhaps the point, as his decreased presence makes the ladies the stars of the clip.

If you're a black woman or just so happen to love one, then this jam is for you. Press play and celebrate our sisters with pride.