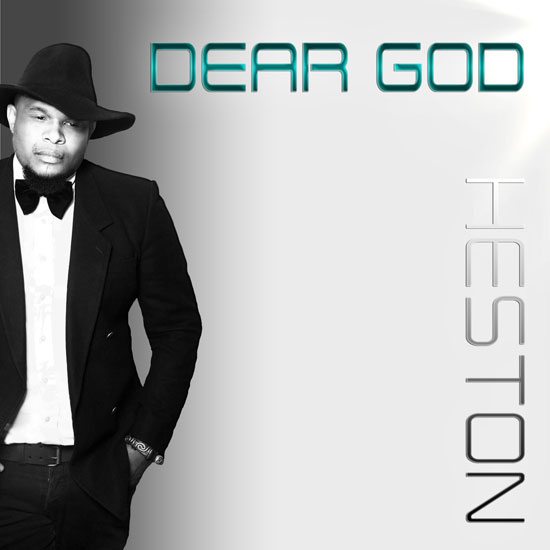 Inspiration can be found anywhere -- sometimes even in the middle of the night when you're fast asleep and awakened by a rain storm. That's where Heston found the inspiration to create his new song "Dear God," which SoulBounce is exclusively world premiering today. While on a trip to his homeland of Dominica, Heston paid a visit to his grandmother's modest house and was jarred out of sleep by the heavy rain beating down on the galvanized roof and window. He immediately picked up his guitar and a pen, and two hours later at daybreak he had this song written at the very moment the storm stopped. Heston describes it as, "an experience like no other," and he captured that life-changing experience in song.

On "Dear God," Heston sings to directly and lovingly to God. He's full of questions and acknowledges his faults, but he thanks God for blessing and keeping him through it all and being the Alpha and Omega. "Dear God, please take the wheel / I'm heading your way," Heston croons as he steps aside and lets God take over in his life. The lovers rock vibe of the track makes it an unconventional gospel song for a stateside market, but this kind of gospel music is heard throughout the Caribbean and it beautifully blends Heston's heritage and faith.

Heston's "Dear God" is a uplifting piece of praise and worship with the message to let go and let God. "Dear God" follows his "Resign 2 U" remixes that dropped in 2014, and it is the first listen from Heston's upcoming album, Transparency, due in June. Get a blessing when you press play on "Dear God" right now, and pick this track up on iTunes starting on Friday, March 25th.