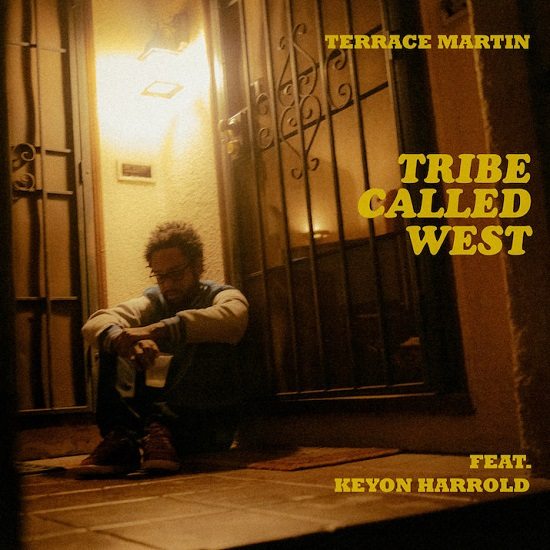 The sudden passing of A Tribe Called Quest co-founder Phife Dawg had more than a few of us going back to the group's timeless music to relive their glory days and high moments. But the true mark of game-changing artists is the reach of their influence. Though we may never hear new Tribe music, we know that their music has reached much further than their output. West Coast jazzman and producer Terrace Martin is one of those whom Tribe's blend of hip hop, soul and jazz has touched and he proves it with his new single "Tribe Called West."

Enlisting trumpeter Keyon Harrold, Terrace crafts a wobbly, hazy groove filled with watery synths, a hint of vocoder and marching band-style snare. Through this, the two hornsmen weave golden notes as they play off of each other's riffs, creating a distinct, head-nodding cut in just two-and-a-half minutes before it dissolves abruptly. While it's not a direct take on any of ATCQ's work, it does function as an evolution of the sound that Tribe started way back when they left their wallets in El Segundo and kicked game to Bonita Applebum.

Terrace's Velvet Portraits is shaping up to be another must-have album from the West Coast musician. With a guest roster that includes Kamasi Washington, Lalah Hathaway, Rose Gold and more, we're sure it's gonna be a good time. Give "Tribe Called West" a spin below and be sure to pre-order your copy of Velvet Portraits on iTunes.

Previous: Ryan Leslie Lives In The Lap Of Luxury In ‘The Wonderful Ones’ Video Next: Keke Wyatt Just Wants ‘Love’