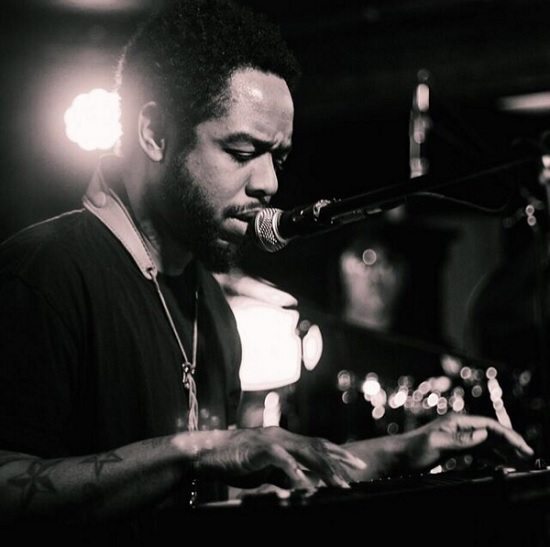 If you're not familiar with Terrace Martin, you should be. Not only is he one of Kendrick Lamar's go-to producers, he's an accomplished musician in his own right. He's also currently gearing up to release a new solo album, Velvet Portraits, this April. We've already heard a little bit of the upcoming set with its first release, "Valdez Off Crenshaw," and the ever-giving Mr. Martin has dropped two new tracks from the set with "Think Of You" and "Patiently Waiting."

"Think Of You" is a smooth, jazzy cut featuring the sweet vocal stylings of Rose Gold and Terrace's brother in sax Kamasi Washington. Terrace whips up the nostalgic confection by using a swingin' bass line and drums that sound ripped from a Miles Davis or John Coltrane record. However, he brings it into modern times with Rhodes flourishes and sampled vocals as Rose sings of wistfully remembering a past love. It's all tied up in a soulful bow with a masterful saxophone break that expertly captures the longing evoked in the lyrics. It's one that's definitely set to be one of our favorites.

"Patiently Waiting," on the other hand, goes back to late '50s/early '60s R&B. Featured vocalist Uncle Chucc (along with backing vocalists The Emotions) channels his inner Sam Cooke over the moody, organ-led arrangement. The soulful tenor is the main star here, though the tightly arranged horns, background vocals and, of course, Terrace's passionate sax are no slouches either, vying for equal attention at every turn. Perhaps the biggest feat of "Patiently Waiting," though, is showcasing just how versatile Terrace's talents really are.

Velvet Portraits will be available on April 1st (and that's no joke). You can listen to both "Think Of You" and "Patiently Waiting" below.


TAGS:  audio, Charles "Uncle Chucc" Hamilton, john coltrane", Kamasi Washington, kendrick lamar, miles davis", Rose Gold, terrace martin, the emotions
Previous: It ‘Only Takes One’ Listen To Fall Back In Love With Silk Next: Regina Belle Reminds Us To ‘Be Careful Out There’