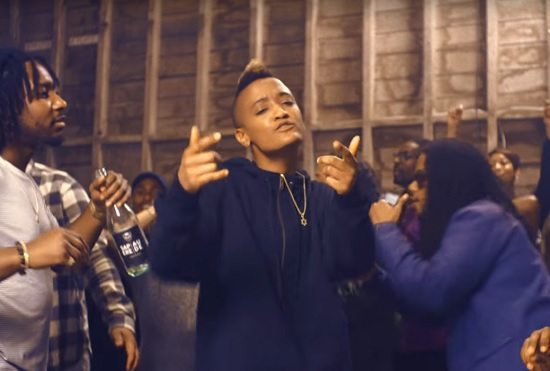 The Internet's Ego Death may have dropped last summer, but it's been keeping the party going in the nine months since its release. Not only has the project brought Syd Tha Kyd, Matt Martians and the band lots of mainstream attention (not to mention a GRAMMY nomination for their efforts). And the party continues in the group's latest visuals, which gives us three videos in one for lead single "Special Affair" and album closer "Palace/Curse."

"Special Affair" kicks things off with stylish black-and-white. We see the crew chillin' and taking it easy at a party in what looks to be a barn. Partygoers revel in the groove that the group lays down as Syd romances the camera with slick lines, bedroom eyes and attitude for miles. But soon the clip stops abruptly and we're taken to an empty room where the band plays the climax of ballad "Curse" with Syd staying front and center. That changes as the camera rotates around the group, with each band member getting their time to shine as Syd takes over on their instrument. Soon enough, that portion fades to black and the lights come back up on the party that we saw at the video's beginning, only this time it's in living color. Tyler, the Creator drops his verse from "Palace" while holding up the wall and then Syd and crew swoop in for the chorus as they get down and bring the video to a close.

If you want to join in on The Internet's latest good time, all you have to do is press play below.


TAGS:  Matt Martians, Syd Tha Kyd, The Internet, tyler the creator
Previous: Morning Soul: Heaven Is Where I Wanna Be Next: SoulBounce Exclusive: Get To Know Isa With ‘Take It Slow’