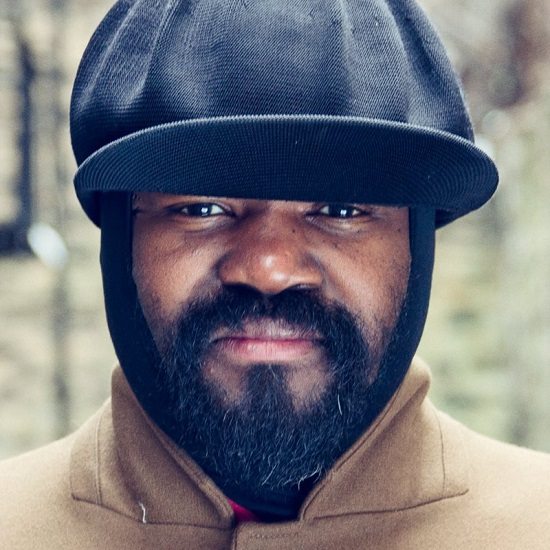 After releasing two solid and acclaimed albums, Water and Be Good, Gregory Porter fully burst into the mainstream consciousness with his album Liquid Spirit in 2013. Since then, the man with the infectious baritone has been wowing us every chance he gets with his carefully crafted blend of jazz and soul (with hints of gospel and blues thrown in for good measure). Then, last June, he completely flipped the script on us when he contributed the dance floor singer "Holding On" to Disclosure's sophomore set Caracal. But now GP is ready to take us on another musical journey with his upcoming album Take Me To The Alley, and he's leading us there with something a little familiar and something brand new.

First up is the album's lead single, which just so happens to be a take on "Holding On," but this time redone in Gregory's own signature style. Though this version is stripped of the pulsing, four-on-the-floor beat, the singer still retains the song's sentimental heart. In fact, he magnifies it with his rich, molasses-thick vocals, which glide smoothly over the bass and piano of the new arrangement. By giving the song more room to breathe, it's recast from a lover desperately trying to rekindle love in a crowded club to the plea of a man who's weathered loves ups and downs but is still willing and able to give it another chance. He also makes the smart choice of including muted trumpet on the bridge and near the track's end, underscoring the entire affair with a quiet vulnerability that makes this version very endearing.

But Gregory is anything but one note. Where "Holding On" is pure jazz, he's also released a video in the "1 Mic 1 Take" series that finds him performing the album's second single "Don't Lose Your Steam." This one is a bluesy stomper of a track that Gregory dedicates to his three-year-old son. It's a fitting song for the young one, as it's all about encouraging a young man to keep moving forward in spite of the unfortunate circumstances that might come his way. The performance features just Gregory, his trusted pianist Chip Crawford, bassist Jahmal Nichols and Emanuel Harold on the drums as the group brings the rousing number to soulful life in an appropriate black and white, evoking the style and energy of legends that came before him.

You can check out both the audio for "Holding On" and the video of "Don't Lose Your Steam." You'll receive both songs when you pre-order Take Me To The Alley on iTunes — the tracklisting for which is below. As well, be sure to keep it locked on Gregory's website to see when he'll be visiting a city near you.