Corinne Bailey Rae Promises Not To ‘Break Your Heart’ 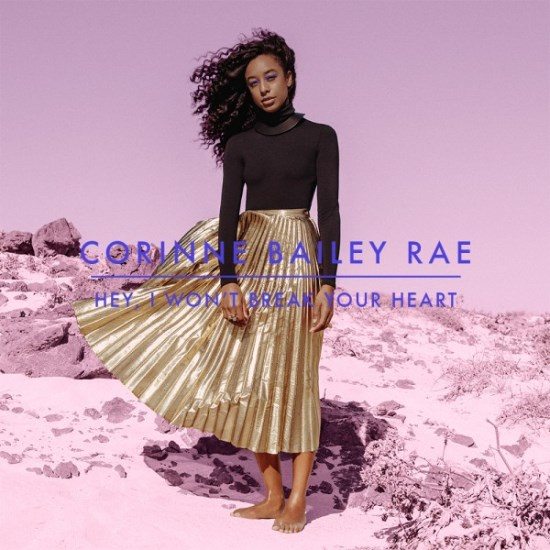 After waiting six years for a full-length record from Corinne Bailey Rae, the British songstress surprised and delighted us back in February with a strong comeback single "Been To the Moon" and the promise of a new album. Before we could pinch ourselves, she further impressed us with "Green Aphrodisiac" and "Stop Where You Are." Now, as she gears up for the impending release of her highly-anticipated project, The Heart Speaks In Whispers, she drops another stunner into our laps with her latest album preview, "Hey, I Won't Break Your Heart."

With effortless grace and tranquil calm, her ethereal vocals float over acoustic guitar and wrap around the listener like a reassuring hug. Corinne gives us a deeper look into the song's meaning, sharing, "It is a song about vulnerability, moving out of bitterness into sweetness, love the second time around with the same person. I love the image of standing in a new dress, feeling like a teenager waiting to meet someone whom you actually already know very well."

Listen to the convincing ballad below while taking in the emotional lyrics in the lyric video. Afterwards, be sure to pre-order The Heart Speaks In Whispers via iTunes, Amazon (where you can get autographed CDs) or directly from the artist herself (where you can purchase autographed bundles featuring t-shirts and other swag) ahead of its May 13th release.

As if Corinne's album and tour aren't enough reason to get excited, the singer recently announced that she'll be joining Pharell Williams and KING as featured guests for Stevie Wonder's Songs In The Key of Life Tour this July in London. You can also hear Corinne Bailey Rae along with Lenny Kravitz, Diogo Nogueira, Nneka and Yuna on the Questlove-produced track "The Fire," a reworking of a promotional tune for the upcoming 2016 Summer Olympics.