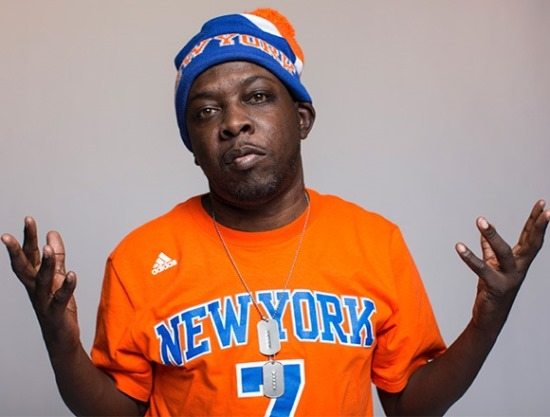 It's been two weeks since the passing of Malik Taylor, the A Tribe Called Quest founding member better known as Phife Dawg, but the shock hasn't quite worn off yet. Hundreds gathered earlier this week in New York City to pay their respects at two different memorial events (first at St. Albans Park and then at the famed Apollo Theater). Touching tributes from industry heavyweights like Kanye West, Andre 3000, Busta Rhymes, KRS-One and ATCQ members Q-Tip, Ali Shaheed Muhammad and Jarobi White bore witness to the Five Foot Assassin's influence on both musical and personal levels. And though he is no longer with us in physical form, his lyrical genius will forever be remembered. How fitting, then, that his last music video,"Nutshell" was debuted during the "Celebration of Phife Dawg" service at the Apollo.

Originally slated to appear on his forthcoming EP Give Thanks, The Phifer wastes no time proving why he was one of the greatest to ever spit. Over a hard bass line and boom-bap beats he boasts,“The Undefeated, unblemished, underrated / Unfiltered, unafraid, unaffected / Undaunted, unabashed, the undeniable / Untouchable, unstoppable, unusual / Underdog, unsurpassed, unyielding / Unsupportive...f**k you and ya feelings." And that's not even a full minute in. The fact that "Nutshell" features production by J Dilla, another gone-to-soon visionary, makes the track even more momentous.

Tony Reames brings Phife's wordplay to life with colorful and engaging visuals featuring portions of the lyrics as graphics throughout the clip. It's great to see the rapper in his element, and makes us wish he had the chance to see the project through to completion. Bookended by brief words of praise from rap legends Mike G, Posdnuos, Jarobi, Pete Rock, Maseo, Rakim, Ali Shaheed Muhammad, Q-Tip and Redman, the video doubles as a heartwarming send-off.

Check out the clip below and purchase the track via iTunes. Half of the proceeds will be donated to the American Diabetes Association and the National Kidney Foundation. According to Phife's family, "Malik had always wanted to use his voice to raise awareness and formally educate young people about diabetes, so we think this is the perfect way to honor him and contribute. This will be an ongoing relationship with these two great organizations."