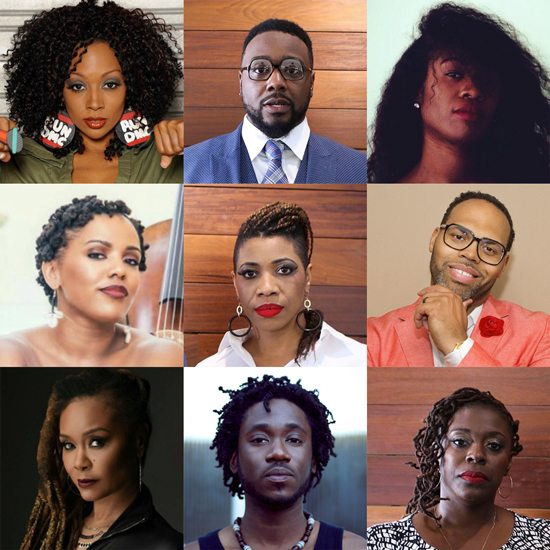 Zo! already gave us a visual preview of his upcoming album SkyBreak when he unveiled the striking cover art last month. Now, he has upped the ante and revealed the tracklist and roster of guest artists on the album. One look at the vocalists that Zo! has recruited for his latest collection, and it goes without saying that SkyBreak's May 20th release date cannot arrive soon enough.

The 10-track album will feature contributions from an incredible cross section of SoulBounce faves. Of course, Zo!'s fam from The Foreign Exchange will hold him down, with Phonte, Carmen Rodgers and Tamisha Waden all featured on one song apiece. Artists who Zo! has previously worked with join him for another round on SkyBreak, including Eric Roberson, Sy Smith, Muhsinah and Shana Tucker. Collaborating with Zo! for the first time are the legendary funk/soul Dungeon Family diva Joi and the British nu soul crooner Dornik. In addition, SkyBreak will also feature the instrumental "For Pops," which Zo! wrote and dedicated to his father who suddenly passed away in 2015.

We haven't heard a note or lyric from it yet, but SkyBreak has us hungrily awaiting its release because we already know it's going to be fire. Take a look at the complete SkyBreak tracklist below and listen out for the first single to drop soon.