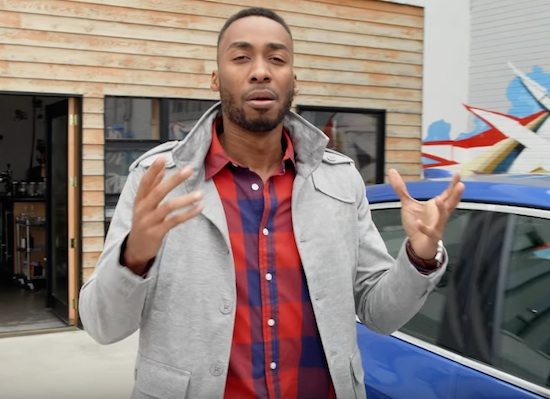 Challenging a new generation to #FuelYourHustle with the 2016 Chevrolet Cruze is bold and requires street cred to back it up and move folks to action. If you’re Chevrolet, you get it. You’re savvy enough to design a quality car at a value, recruit a muse and thought leader with spoken word finesse, craft an inspirational car commercial and debut it on Twitter First View.

What does a 105-year-old company known for quality design and engineering that is one of the world’s largest car brands selling more than four million cars a year and doing business in more than 115 countries have in common with a 20-something poet, activist, writer and performer, beloved and followed globally to the tune of more than a half million YouTube subscribers and more than 57 million combined video views? Hustle -- which Chevrolet and Prince Ea both share and display in this video introducing the #FuelYourHustle campaign.

The opening frame captures Prince Ea’s conversational rhyme as he flows through a shared workspace filled with creatives putting in work. There's a painter, photographers, dancers, designers and writers all busily crafting and creating as he walks on by. They are the DIYers, a growing, increasingly influential audience who are wired for new routes and unique roads. As he exits the building, Prince Ea wraps up his piece with the lines, “If you fuel your hustle with connecting, loving, serving and giving / And take no days off / Then I guarantee your sweat equity / Will soon pay off,” assuring the viewer that hard work does pay off in the end. Once he's outside, the camera pans to reveal a shiny new 2016 Chevy Cruze -- the perfect car for perseverant up-and-comers who are hustling, grinding and shaking up the world.

Chevrolet’s innovative marketing strategy is paying serious dividends in clicks, views, shares, likes and comments, the language of its target audience. They built an affordable car, teamed up with acclaimed spoken word artist Prince Ea and staged a marketing coup via Twitter First View. That’s how you connect with a new generation. That’s how you stay on top of your game. That’s how you hustle.

We will be checking out the all-new Chevy Cruze in Nashville this month and can’t wait to share our thoughts and photos. In the meantime, watch the video below and prepare to be inspired. 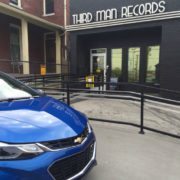