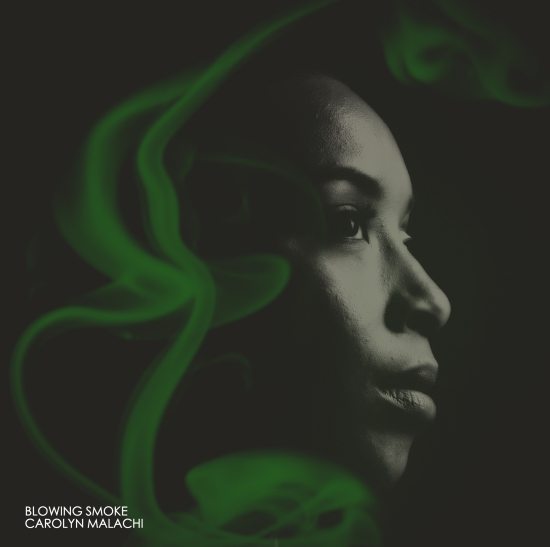 Carolyn Malachi has been a favorite here at SBHQ ever since we deemed the singer Bounce-Worthy way back in 2010. The gifted vocalist has only moved on to greater and greater things since then. She's now getting ready to release her forthcoming album RISE [Story 1]. But before we get our hands on that project, Carolyn is sharing her new song "Blowing Smoke" with SoulBounce. And while, at first glance, it might seem to tie in with today's unofficial holiday (hint: puff, puff, pass), there's a lot more to the lovely little ditty.

We've all been in situations where we have to fake it 'til we make it, and "Blowing Smoke" is about doing just that. "After two years of unemployment, I accepted a position at a community college," Carolyn says in a statement giving background on the song. "The date was November 22, 2010. Then, on December 1, my song 'Orion' received a GRAMMY Award nomination. I thought the news would spread like wildfire at work, and that success would instantly follow. Neither happened. Apathy stabbed like a dagger. I had to constantly tell myself that I would accomplish the things no one believed I could do. This is what I mean by 'Blowing Smoke,' and doing so changed my life."

While that message is felt throughout the song, what really makes it sing is Carolyn's smoky vocal, which drifts above a smooth piano loop and programmed drums like smoke hanging in the air. Her jazz inflected tone brings some depth to the R&B stylings and is accentuated even more by Trey Eley's enchanting flute. All in all, it's one song that will stick with you well after its final notes.

"Blowing Smoke" will be available for purchase on iTunes on May 2nd. Until then, you can stream the song exclusively right here.