The SoulBounce Q&A: Musiq Soulchild Gets Real About Love, Relationships & ‘Life On Earth’ 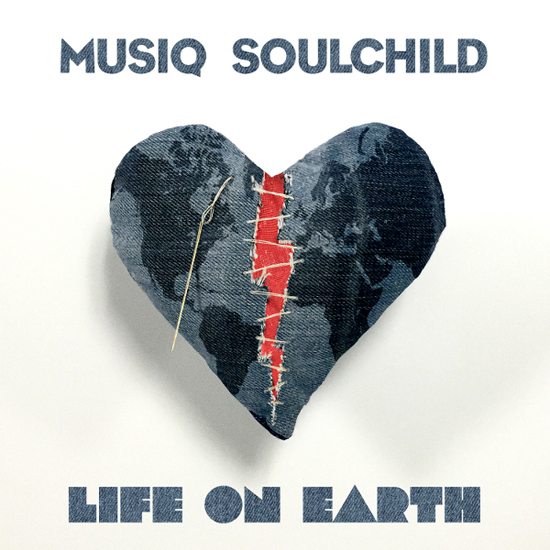 SoulBounce: How is life on earth for Musiq Soulchild? How have you been living and loving?

Musiq Soulchild: Maaaan, what? I don’t think we have that kind of time. (laughs) Life on earth has been very interesting, ranging from everything from music to love. I can only just be grateful for everything, for all of the experiences, good or otherwise. It is what it is. It makes you who you are. You make the best of it. You learn from it. It teaches you a lot about yourself when you learn how other people perceive you, how other people form all of these interesting opinions about you. Especially the ones that don’t know you, those are the ones that are really, really interesting. Hilarious, actually.

SB: Right? I’m sure you’ve gotten quite a few chuckles.

MS: Yeah, and if there’s some truth to it, you learn from it. You build and you grow. If it’s just the other crap, that other energy, you just don’t give it no life. So, yeah, I guess life on earth for Musiq Soulchild has been good.

SB: All that goodness, I’m guessing, is reflected in your new album because at least from the first three songs that we're released -- “I Do,” “Heart Away,” and most recently, “Alive and Well” --  it sounds like you’re doing great.

SB: Exactly. One thing that hasn’t changed about your music throughout the years has been that you have consistently crafted meaningful and real songs about love, relationships and life in general. For example, the first single, “I Do,” talks about the good, the bad and even a little bit of the ugly. (laughs)

MS: Yeah, man. I think there are a lot of misconceptions, in my opinion, when it comes to people’s expectations about intimacy and romantic social interactions, so to speak.

SB: Right. It’s not roses and chocolates every day.

MS: No, but it’s not also thorns and fertilizer either.

MS: It’s very complex, and I think a lot of people want the autopilot treatment. Once it gets to this point, we’re smooth sailing from here. Nah. There’s going to be rough waters, there’s going to be turbulence. You’ve just got to ride it out and figure it out. There are a lot of people, a huge community of people, who view romantic relationships as this black and white thing, like it’s either/or. Folks start throwing around threats and ultimatums like, “If you don’t do this, then I’m out.” "It’s me or her." I don’t think that that is realistic. I’m not going to say right or fair, I don’t think that that’s realistic.

I think it’s very important to understand who it is that you’re dealing with. I think a lot of people tell themselves lies because they want to believe what they want to believe for whatever their reasons may be. It may be because they’re lonely and they want companionship. So, they’re willing to settle for whatever like, “Oh, it’s not that bad.” No, that’s a red flag. You might want to consider that and make your exit. “No, but I feel like I can change him.” I’m talking in a very condescending tone, but I’m not trying to imply that it’s just women. Guys make stupid decisions too when it comes to women because we’re trying to get to that destination, not considering what all comes with that person.

MS: It’s not always a bad thing. It just may be more than what we’re willing to deal with because you don’t have a lot of dudes that are willing to be in touch with their emotions like that. We kinda want to keep women at bay. Holla at ‘em when we want some, and when we’re not interested, we disappear.

Women are like, “Dude, you’re always coming at me when you need something. What about when I need something and you’re never there?” This needs to be balanced. I’ve got love for you, but I’m not going to keep putting myself out in the name of love. I’m not loving myself if I keep letting you do whatever.

Then you have women who are like, "As long as he comes back, it’s cool." Even men can be like, "I know she’s kind of playing me, but I can’t find anyone like her again, so I just have to deal with it." I think it’s important for people to know their self-worth because I don’t think that a lot of people are aware of their worth because they are not as informed as they could be when it comes to the role that you could end up playing in the relationship. It’s not just about sex and money, meaning, it’s not how much sex you can get from the person or how much money you can shower on the person. It has a lot to do with things that have nothing to do with sex or money.